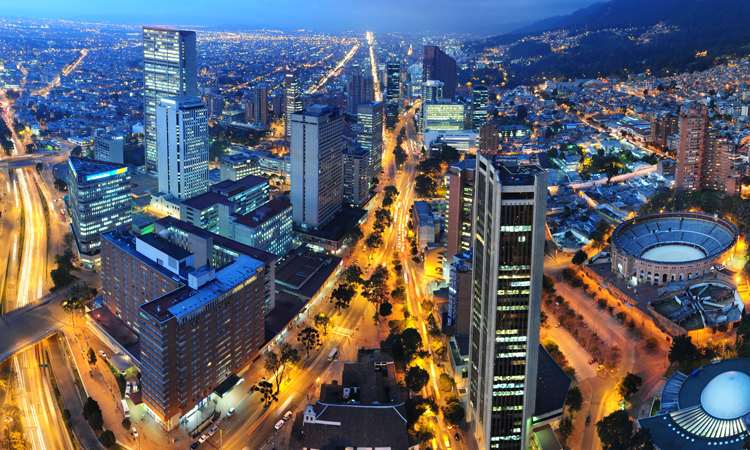 It has been announced that nine cities will receive specialist financial advice and bespoke support from global experts to develop sustainable infrastructure projects from plans to fully financed reality.

The Colombian cities of Bogotá, Bucaramanga, Cali, Montería, along with Tshwane, South Africa; Quito, Ecuador; Curitiba, Brazil; Quezon City, the Philippines; and Dar es Salaam, Tanzania, will receive support over the next two years from the C40 Cities Finance Facility.

This support will allow the cities to prepare a financially-sound business proposal for projects that have been identified as priorities to meet their ambitious visions of being world leaders in delivering sustainable and inclusive climate action.

The support provided by a host of national and international experts will enable each city to develop high-quality infrastructure projects which fit the needs of its citizens. The initiative will also ensure the cities retain the skills and structures to produce a pipeline of sustainable infrastructure projects throughout the city.

The C40 Cities Finance Facility selected nine cities following a rigorous and competitive process including a call for applications in early 2018, and a competitive process to select suitable projects. Support has been offered to cities in the sectors of transportation, energy and adaptation.

“The mayors of the world’s great cities know what needs to be done to create the healthy, prosperous and sustainable cities of the future. Investors and global financial institutions need to step up and match the bold ambition being displayed by mayors,” said Anne Hidalgo, Mayor of Paris and Chair of C40. “I’m delighted that, with support from the C40 Cities Finance Facility, these nine cities will deliver the transformation that citizens are demanding for their communities.”

Bogotá, Bucaramanga, Cali and Montería are going to receive help in creating public bike-share systems. The project will make cycling more accessible and affordable, providing a healthy and safe mode of transport.

The C40 Cities Finance Facility are going to help Quito electrify the Ecovía Bus Rapid Transit (BRT) corridor, which will improve air quality and provide greener, healthier streets for the citizens of Quito.

Tshwane will be assisted in building a 17km bicycle spine through the city, alongside the construction of a combined heat and power biogas plant.

Curitiba is going to receive help with installing solar panels on four bus terminals, and similarly Quezon City will get help installing solar panels on 50 schools to provide reliable and undisrupted power supply to support disaster risk management for Quezon City. The C40 Cities Finance Facility will help reduce the vulnerability of the Msimbazi floodplain in Dar es Salaam.

“The scientific evidence is now absolutely clear that we need urgent and radical transformations in our cities to prevent climate breakdown,” said Mark Watts, C40 Executive Director. “The C40 Cities Finance Facility is so valuable because it helps unlock the finance needed to make great ideas on paper, a reality on city streets. The challenge now is to increase the speed and scale that these sustainable infrastructure projects are built, including in cities beyond the C40 network. That’s why we’re thrilled that three non-C40 cities in Colombia are included in the list of cities benefiting from CFF support.”

Andreas Proksch, Director General, GIZ Sector and Global Programmes Department GIZ, said: “The CFF underscores the importance of development partnerships for an effective and truly transformative international cooperation. With an integrated and demand-driven approach we are enabling cities to access infrastructure finance and combat climate change, one of the defining challenges of our generation.”