Funding has been earmarked for Greater Manchester to ease congestion and improve air quality and infrastructure throughout the city. 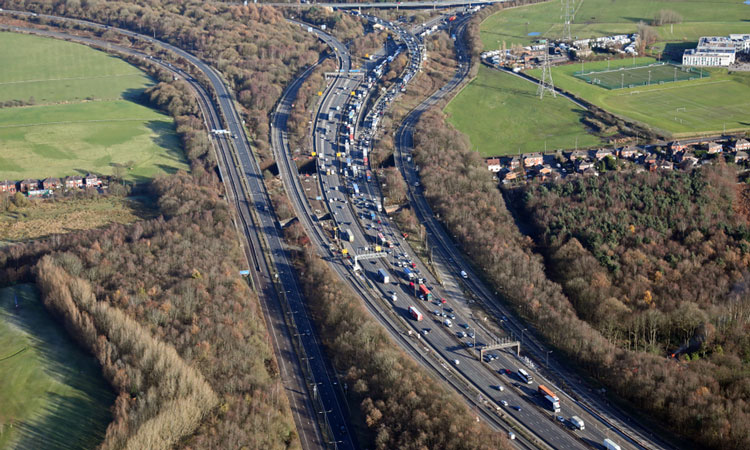 Traffic management of some of the Manchester’s busiest routes has received a financial boost, meaning there will be better monitoring and coordination across the network.

Funding of £1.35 million was recently given the greenlight at a meeting of the Greater Manchester Combined Authority (GMCA).

The money will be spent on delivering the Corridor Management plan, which is led by Transport for Greater Manchester (TfGM) and supported by the 10 districts, to highlight potential causes of congestion and propose measures to improve performance.

A series of infrastructure improvements will be delivered to improve traffic flow, including new and improved ANPR cameras, networking monitoring software that will use GPS technology to provide real-time updates to SatNav and other navigation devices, from new bus priority sensors at traffic lights to more digital message boards across the region.

As a key part of the Greater Manchester Congestion Deal, the Corridor Management plan sets out to proactively identify and address problems on the most congested routes, particularly during peak periods. Recently, Chris Grayling opened the new arterial road around Manchester Airport to ease the wider congestion around the city.

Peter Boulton, TfGM’s Head of Highways, said: “At a time when our road network is experiencing increased levels of traffic it’s essential that we continue to deliver new systems and processes to stay one step ahead of the traffic. Working alongside our district partners, we’re aiming to deliver a series of physical interventions and innovative digital services to help keep the public moving, particularly during the busiest times of the day. The funding will help us deliver long-term commuter benefits and ensure that we are able to realise a key ambition of the Congestion Deal.”

Currently, coordination of work on the region’s roads is managed by the 10 local highway authorities, however, the Corridor Management plan sets out to ensure closer scrutiny of planned work to ensure that it does not impact on the road network.

While the plan promises to provide Greater Manchester with the tools and means to tackle congestion at a local level, much more is needed to truly address wider issues relating to traffic, such as poor air quality.

The Mayor of Greater Manchester, Andy Burnham, said: “This a small but critical step towards tackling congestion and the associated issue of poor air quality – which is made worse by standing traffic. Not only will this see the rollout of new tools to enable TfGM to deliver real-time traffic updates, it will add increased resilience to the work that their control centre delivers around the clock. While this should go some way to better managing traffic flows I’d like to remind everyone that they too can play a part in helping us reduce congestion and the damaging effects it’s having on the economy and our health. Whether that’s using public transport or cycling, or simply re-timing so we don’t travel during busy times, it all adds up to make a significant difference.”