Today, Polis kicked off its 2018 Conference ‘Innovation in Transport for Sustainable Cities and Regions’ with a record number of 550 participants. 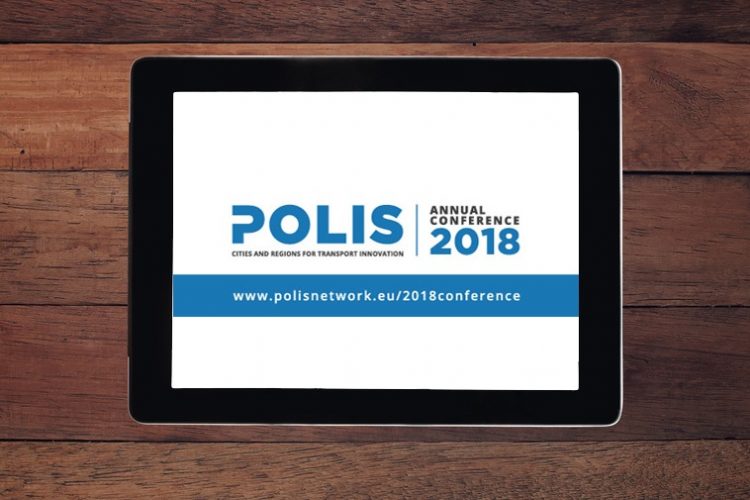 The Opening Plenary session, titled ‘Citizens First?!’, discussed the challenge of reconciling individual user needs with the interests of society as a whole through transport policy.  The conference at the Old Trafford stadium in Manchester was opened by a welcome address from the Mayor of Manchester, Andy Burnham. He emphasised that transport policies should not only benefit individuals, but that they should also serve the public interest. Burnham highlighted improving air quality as an example: ‘Cleaning up our air is a challenge that we share all together’. He said that learning from best practices in other cities in Europe is crucial to achieving successful transport policies.

Karen Vancluysen, Secretary General of Polis said: ‘Putting citizens at the heart of mobility policies may not necessarily be the same as trying to meet individual wishes and demands of users, which do not always align with the interests of society as a whole. Policies exclusively based on carrots and not involving any sticks will not result in the drastic and urgent action required to solve the severe transport-related problems our cities are facing.’

Jon Lamonte, Polis President and Chief Executive of Transport for Greater Manchester said: ‘Public engagement is vital, but we need to ensure that we reach our policy objectives, such as reducing obesity through active travel promotion and improving air quality.’

Timothy Papandreou, founder of Emerging Transport Advisors and co-founder of City Innovate, said: ‘I believe that the interests of user-centric new mobility services and cities can be aligned. However, a stronger partnership is necessary to determine how mobility services will operate on the streets and how they help achieve higher goals such as better air quality and reduced congestion.’

Brigitte Desveaux, Vice-President of La Rochelle Urban Community, shared their experience with running citizens debates on the topic of automated transport: ‘Citizens are ready to work with the city if you give them a voice.’ La Rochelle’s participation process revealed needs of citizens that the municipality was not aware of. The panellists agreed that consultations with citizens should be diverse and should not be dominated by a specific group. ‘You should reach those groups that you never get to speak to.’

During the Opening Plenary, Polis Secretary General, Karen Vancluysen, signed a manifesto in support of Intelligent Speed Assistance (ISA). ISA is a vehicle safety technology helping to prevent speeding. The manifesto was then handed over to Deputy Director-General Matthew Baldwin, as the EU is currently negotiating new safety standards for vehicles in the future. Baldwin said: ‘The technological applications of Intelligent Speed Assistance are very promising and could lead to lower costs for speed enforcement and more attention to citizens’ needs.’ Fifteen organisations have now signed the manifesto. Prior to the opening of the conference, the Polis members assembly re-elected Transport for Greater Manchester as President of Polis for a second term. Following the elections, the members Budapest, Île de France, Gothenburg and Leuven were elected as new members of the Management Committee. Workshops were organised which brought forward the dialogue between cities, regions, research and industry. On 20 and 21 November, a joint workshop in London and Manchester of Polis and the International Transport Forum (ITF) discussed how city streets can become safer. The Polis Working Group meeting on urban freight launched a public-private stakeholder dialogue to pave the way and speed up the transition to CO2-free city logistics by 2030.