Communauto FLEX has launched as part of an 18-month pilot in Toronto that will assess the benefits of free-floating car-sharing. 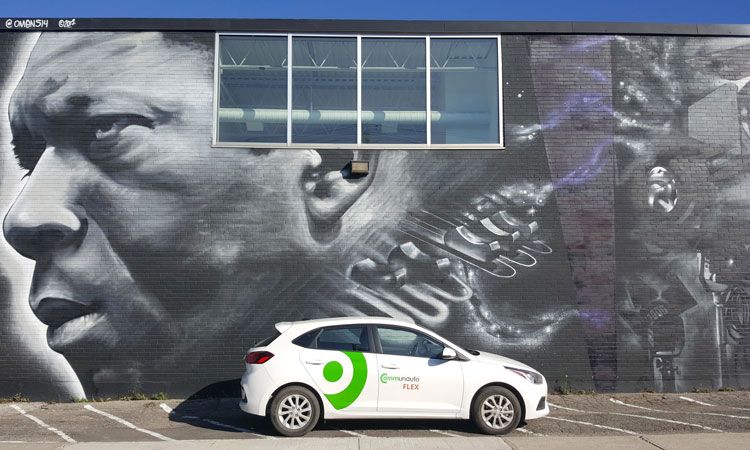 A new car-sharing pilot programme is now underway in Toronto, with Communauto FLEX launching an initial 200 cars to serve 50km2 within the city’s downtown core.

The car-sharing operator was issued the first permit to operate under the new programme in early October by Mayor of Toronto and Barbara Gray, the city’s General Manager of Transportation.

“As a proud supporter and car-share member myself, I’m thrilled to welcome Communauto FLEX to Toronto. We know there are over 200,000 residents who use car-sharing services in Toronto, and that car-sharing has many benefits for the city and residents,” said Mike Layton, City Councillor, Ward 19 Trinity-Spadina. “Research has shown that car-share services can reduce car ownership, which potentially leads to reduced parking pressure on neighbourhood streets. I’m looking forward to seeing the positive impact Communauto FLEX will have under the city’s new pilot project.”

Communauto FLEX offers citizens of Toronto with 24/7 access to one-way car-sharing, and a simple way to improve their mobility inside and outside the city. Registered users can locate and reserve cars using a dedicated mobile app, and doors can be unlocked and locked using a smartphone or membership card.

The free-floating parking zone will span to High Park and Runnymede in the west, Dupont and Danforth in the north, and Victoria Park in the east, but metered parking spaces and Green P lots will be excluded from the service area at launch.

“Over 1,000 Torontonians pre-registered for Communauto FLEX in the few days after announcing our intention to launch in Toronto, which is a signal to us that city residents are looking for a new transportation solution,” said Benoit Robert, Communauto President. “Our mission is to provide increased mobility for all with fewer cars on the road, and we’re looking forward to taking the first step forward by celebrating our launch with community members and partners in Toronto this Saturday.”

If the 18 month pilot is a success and meets the approval of the city, Communauto’s fleet will expand by 300 cars to 500 and see its service area double to 100m2.