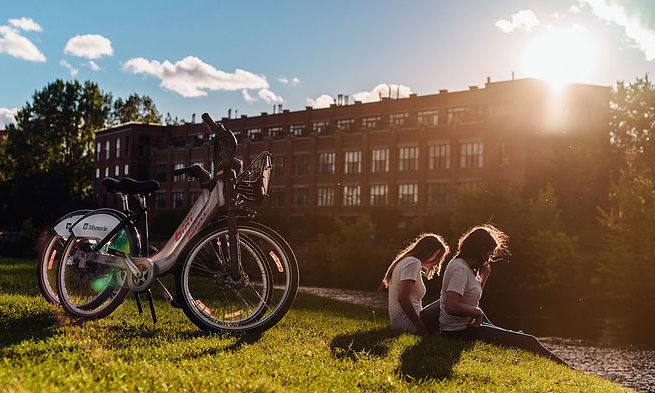 BIXI Montréal – a public bike-sharing system serving Montréal, Quebec, Canada – has reached a record high of more than 5.3 million rides in a single season in 2018: an 11.3 per cent increase compared with 2017.

Since its launch in Montréal, 1.3 million users have clocked more than 38 million rides. With increased use projected for the next few years, the City of Montréal confirmed that the BIXI network would start expanding.

In 2019, BIXI will be present in five new boroughs: Lachine, Saint-Laurent, Montréal-Nord, Anjou and Saint-Léonard. The boroughs are currently finalising the location of the new stations. From spring 2019 onwards, 60 new stations, 2,625 docking points and 1,000 additional bicycles will be in service.

BIXI Montréal President, Marie Elaine Farley, said: “By enhancing the client experience and continuing to innovate with the collaboration of important partners who are committed to improving urban mobility, including our presenting partner Manuvie, BIXI Montréal has shown its capacity to renew itself. We are proud of contributing to the cycling modal share in Greater Montréal through an offering that is ever more diversified and accessible to the public and visitors alike.

“New products, implementation of a corporate sales service that is more popular than ever, pilot projects for electric bicycles, BIXI laser for client safety, attractive new prices and the rollout of an OPUS payment system combining public transit and bike-sharing are a few examples which speak for BIXI’s vitality over the past five years.”

While Montréal became the first North American city to introduce a payment system combining public transit with bike-sharing in 2017, (through the Opus card and smart stations launched in 2017), the number of BIXI Opus purchases doubled in 2018 compared with the same period in 2017. Among the other successful products launched in 2018 is the new reduced fare for students and seniors aged 65 and above. In total, nearly 15,000 users took advantage of this offer.

Montréal Mayor, Valérie Plante, said: “BIXI, at the heart of the city’s future development plans, is an integral part of promotion strategies for active transportation modes to reduce greenhouse gas emissions and contribute to a higher quality of life. The addition of 1,000 new self-service bikes and installation of 60 new stations will enable BIXI to be even more present in the Montréal area. Also, an investment of $15 million will pave the way for 48 bike path development projects to be implemented and the existing network to be upgraded so that it is safer and more user-friendly. To date, the network has 879km of bike paths.”

BIXI Montréal’s corporate sales increased by 41 per cent in comparison with 2017, which confirms the popularity of the corporate programme for organisations and businesses with 20 or more employees. By encouraging the use of the BIXI service, Montréal businesses are promoting the benefits of exercising while contributing to the well-being of their employees and the fight against climate change.

“This was an exceptional season for BIXI, and with more than 5.3 million rides, it’s difficult to not notice these bicycles on our streets,” said Manuvie President and CEO, Richard Payette. “We’re very happy to be able to collaborate with BIXI for the past three years in promoting healthy habits in the community, which is something that’s close to our hearts as a business.”