Londoners could make up to 813,000 journeys a day on e-bikes

A new report commissioned by Uber highlights how widespread rollout of shared e-bikes in London would reduce CO2 emissions by 184 metric tonnes daily. 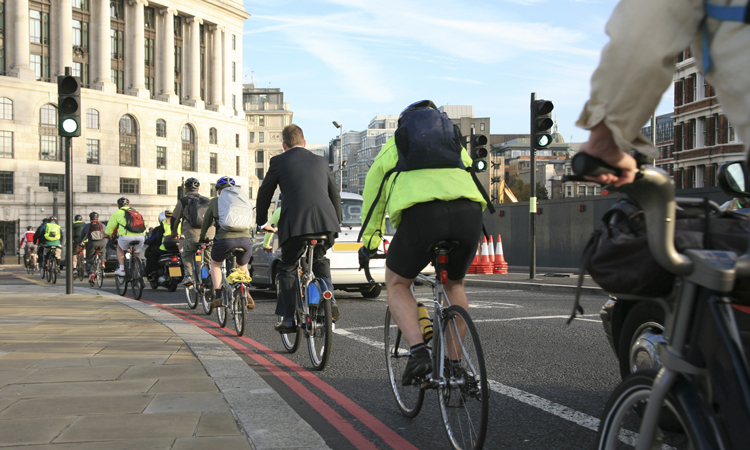 The Steer Group’s new report has found that Londoners could make as many as 813,000 daily trips on e-bikes, which would reduce CO2 emissions by 184 metric tonnes.

E-bikes have in-built electric motors which make uphill climbs easier for all riders and electric journeys are three times quicker than push bikes. JUMP bikes, who were acquired by Uber in 2018, have integrated GPS and a secure locking system. They can travel between 30-40 miles with electric pedal assistance on a full charge.

Commenting on the report, Uber’s General Manager for UK & Ireland, Tom Elvidge, said: “The Mayor of London has set out a bold vision to reduce congestion and tackle air pollution in the capital and we’re determined to do everything we can to back it. Combined with our £200 million Clean Air Plan, e-bikes could be a part of our mission to go all-electric in the capital in 2025.”

During early trials of Uber’s JUMP bikes in San Francisco, car bookings were reduced by 10 per cent during times of peak congestion.

In smaller European cities such as Amsterdam and Copenhagen, cycling makes up as much as 48 per cent and 29 per cent of total travel, while in large cities like London, commuters face numerous practical barriers, including greater distances to cover.

It is estimated that between 81,000 to 163,000 new e-bikes would be required in London, along with the necessary bike lane and charging infrastructure, to meet the identified demand.