During the InnoTrans 2018 Opening Ceremony, European Commissioner for Transport, Violeta Bulc, outlined her vision of the transport sector’s future, emphasising the importance of multimodality and cooperation as tools for inclusivity and innovation. 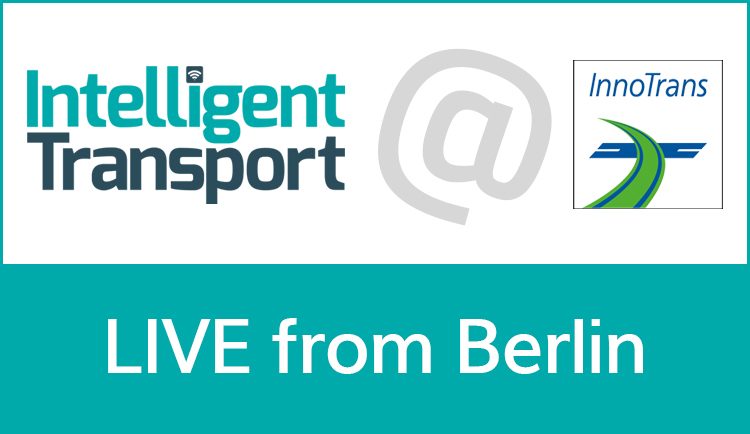 If there was one theme that recurred during the InnoTrans Opening Ceremony, it was multimodality – and how fitting that is in 2018, with the European Commission proclaiming this as its ‘Year of Multimodality’.

Fitting, too, that the EC’s Transport Commissioner, Violeta Bulc, was one of the keynote speakers at the opening address.

Fresh from opening ITS World Congress in Copenhagen a day earlier, Bulc said that the sheer number of attendees at both events highlights just how important cooperation and integration of various transport modes is to the sector at the moment – a trend that will keep it moving into a smarter, cleaner future.

Specifcally, Bulc emphasised the impact that railways can have on the future of mobility, stating that the sector can help to improve society by creating solutions that are intelligent, sustainable and inclusive.

Announcing some of the headline results of Europe’s latest passenger survey, Bulc was largely encouraged by the progress that had been made in the last five years:

Bulc also admitted, however, that many of these figures can, and must, be improved upon. One area that desperately requires improvement is in passenger satisfaction – especially among passengers with reduced mobility. Here, Bulc called on the gathering of rail professionals in the room to do more to ensure that services and networks are more accessible, more inclusive – it is an effort, she said, that would need to be made by CEOs, engineers and station staff alike if the industry is to see a notable improvement.

Eighty per cent of Europeans now take the train at least once a year, but the number of people using rail services every day has huge potential to grow thanks to the number of new, digital mobility solutions that make up an increasingly large part of the transport ecosystem. The development of such solutions will be aided by the huge investment allotted to transport in the latest MFF – the European Commission’s Multiannual Financial Framework 2021. More than 30 billion euros will be invested in Europe’s transport infrastructure in the coming years.

Part of this is rolling out ERTMS Europewide by 2024 – an ambitious plan that Bulc said needs a lot more work. Leading the way, she said, are countries like Italy and Belgium, but she anticipates a number of European countries catching up in the near future.

Concluding, Bulc said: “The future of mobility is clean, silent, efficient, and above all, inclusive and customer oriented. Let’s engage, cooperate and innovate, and the future will be bright.”