Gett will be offsetting 7,500 tonnes of CO2 with carbon neutral rides

London’s black cab customers will have the opportunity to ride ‘carbon positive’ through a donation of 20p extra per ride. 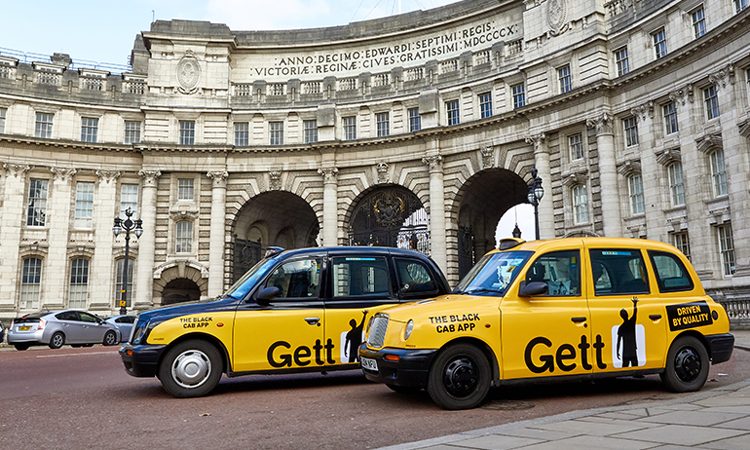 Gett, the ride-hailing company for business and consumer rides, has launched a new initiative focused on delivering carbon neutral rides in an effort to reduce CO2 emissions in the UK.

The company is reducing its carbon output as it continues to support the adoption of hybrid and electric vehicles across UK cities. Gett will also give its London business clients the opportunity to ride ‘carbon positive’ through the Gett app by paying an extra 20p per ride. These additional funds will be donated to the 12 central London schools identified in the Mayor of London’s school air quality audit programme.

The audits, supported by TfL’s Local Implementation Plans, have made recommendations to reduce emissions and exposure to CO2 around London’s schools. The schools will be able to use the money to help with measures that serve their air quality goals, as outlined in the Healthy Schools London programme.

The company is offsetting 7,500 tonnes of CO2 – the amount it is expected to produce through all business and consumer rides in the following 12 months – by investing in accredited carbon reduction projects provided by Carbon Clear.

Matteo de Renzi, Gett’s UK CEO, said: “Air quality is increasingly becoming more of an issue, not just in London, but across the UK. By becoming carbon neutral we’re helping cities achieve cleaner air and reduce pollution levels, something that our business clients consider imperative. By offsetting the CO2 our UK rides produce we will positively impact multiple climate projects across the globe.”

In what is a first for a major taxi company in the UK, Gett’s yearly CO2 emissions from its rides will be offset by Carbon Clear, the climate and sustainability consultants. Gett’s business booking platform, One Transport, through various accredited global energy solutions, will offset their carbon output in projects that take action against climate change.

Gett will be investing in a Wind Power Generation project in India that displaces the burning of fossil fuels and the Madre de Dios Project in the Peruvian Amazon that dramatically reduces deforestation.

In further efforts to reduce the carbon output from its rides, Gett is continuously supporting the adoption of LEVC TX Electric Taxis in London, Coventry, Edinburgh and Glasgow by promising electric cab drivers that zero commission will be taken on all fares for the first six months of driving with them. These are the first fully-certified electric taxis to be introduced to the streets of the UK, in a pledge to reduce pollution levels in the dangerously contaminated air. By working with cities existing infrastructure, no extra vehicles are added to the already congested streets.

Mark Chadwick, CEO of Carbon Clear, said: “We are proud to partner with Gett to help them provide their customers with carbon neutral journeys. The science tells us that carbon neutrality is necessary to protect the planet and sustain our livelihoods. Companies making bold commitments to carbon neutrality are taking the lead in climate action. The offsetting projects that Gett are supporting are subject to rigorous international standards to ensure they deliver the promised emissions reductions. As well as this, these projects support sustainable development in international communities and have a tangible impact on people’s lives.”