New route enables people to cycle between Bloomsbury and Walthamstow 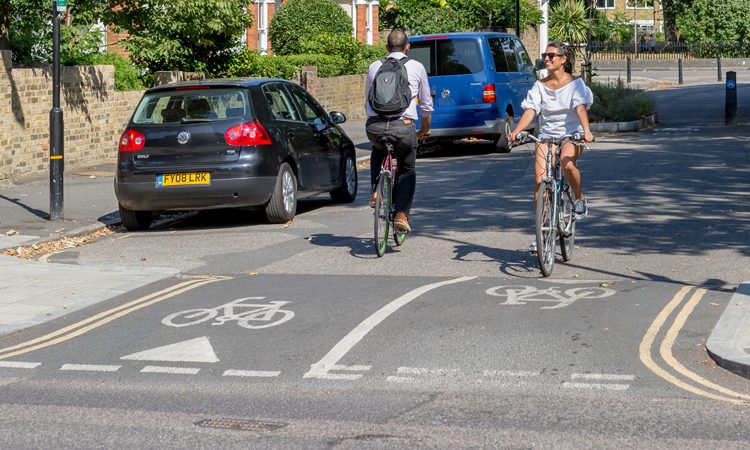 A new 12km Quietway 2 (Q2) route has been officially opened by the Mayor’s Walking and Cycling Commissioner and borough leaders, enabling people to cycle from east London into the city centre and beyond, connecting Bloomsbury and Walthamstow via Angel, Haggerston, London Fields and Clapton.

Expanding London’s Quietway network is a key part of the Mayor’s plans to get more Londoners cycling. Being able to ride safely away from London’s busy main roads is one of the ways of enabling more people to cycle as part of their everyday routine.

Q2 is a significant addition to London’s cycle network. It connects with other routes including Cycle Superhighway 1 in De Beauvoir Town and Cycle Superhighway 6 in Bloomsbury, as well as forthcoming routes such as Quietway 13 at London Fields and Quietway 10 near Angel. The route forms part of a continuous cycling network as far south as Merton, as far north as Tottenham and as far west as West Acton.

Will Norman, London’s Walking and Cycling Commissioner, said: “We’re striving to get as many people as possible walking and cycling in the capital. Creating these Quietway routes to build a genuinely London-wide network is vital to give more Londoners the confidence to take to two wheels. An amazing 730,000 trips are made by bike in the capital every day and I look forward to building on that further through the Quietway routes, which have already helped to boost the numbers cycling in our city. Our focus is on ensuring that Quietways are high-quality, with low traffic volumes and speeds, enabling all ages and abilities to enjoy cycling.

Major improvements along the route include a new signalised crossing on Queensbridge Road, traffic-filtered roads around Clapton Square and Chatham Place, a reduction in large vehicles through Dalston on Middleton Road and safer crossings of main roads including St John Street, City Road, Mare Street, Morning Lane, Lower Clapton Road and Chatsworth Road. Improvements in Walthamstow include a new pedestrian and cycle crossing at Selbourne Road and protected cycle lanes on Willow Walk. 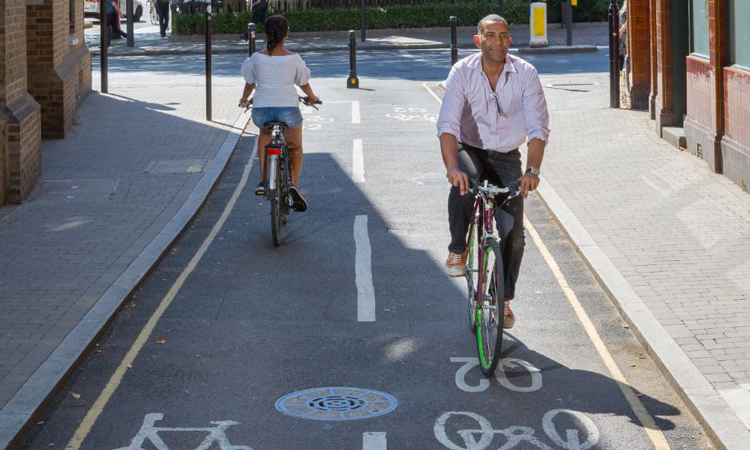 Ben Plowden, TfL’s Director of Strategy and Network Development, said: “London has seen a boom in the numbers of people choosing to walk and cycle and new routes such as these are essential to encouraging more people out of their cars and onto their bikes. Cycling improves health, reduces congestion and helps to cleans up London’s toxic air. We will continue to work closely with the boroughs so even more Londoners can take advantage of the many benefits of cycling.”

The new route has been delivered in partnership with the London Boroughs of Islington, Hackney and Waltham Forest. Since 2014, cycling has increased by up to 94 per cent in areas along the route and Q2 will help support this.

The Mayor and Transport for London (TfL) are working closely with boroughs across London to create over 250km of new cycling routes on streets with less traffic. To date, Quietways have made cycling safer at 86 junctions across London. The first route from Waterloo to Greenwich, Q1, saw a 54 per cent increase in cycling after opening.

Quietway 2 West has also opened, which connects Notting Hill and East Acton via Wormwood Scrubs. New parallel zebra crossings have been built at Scrubs Lane and Mitre Way and at North Pole Road, giving cyclists priority when crossing main roads. A new traffic-free path through Wormwood Scrubs is also part of this new safer cycling route. Once the section through Westminster is completed, the full Q2 route will form a 23km continuous cycle route.

Deputy Mayor of Hackney, Councillor Feryal Demirci, said: “With more Hackney residents cycling to work than in any other London borough, we’re proud to be launching Quietway 2, which has introduced a new direct link for people in Hackney to cycle into central London.

“As part of the new route, we have introduced safer cycle crossings on Mare Street and Powerscroft Road in Hackney, and new traffic signals at the Middleton Road and Queensbridge Road junction. These improvements are key to getting more people cycling, improving their health and cleaning up London’s air in the process.”

Another route through central London, Cycle Superhighway 6, will be completed later in the autumn, connecting Elephant & Castle and Bloomsbury, where it links in with Quietway 2.