New York has become the first major U.S. city to cap the number of ride-sharing vehicles allowed to operate, drastically affecting companies like Uber and Lyft. 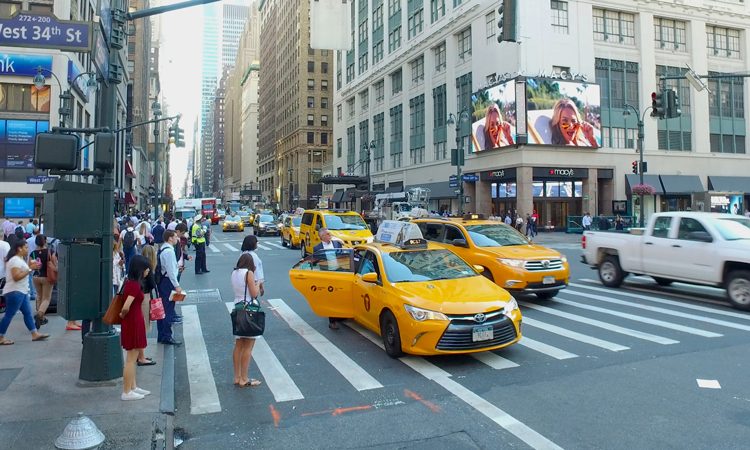 The City Council of New York has approved a new bill, implementing a one-year freeze on new for-hire vehicle (FHV) licenses in an attempt to reduce traffic congestion.

A second bill has also been granted that demands ride-share drivers to earn at least $17.22 per hour.

This decision is the first of its kind for a major U.S. city and delivers significant setbacks to companies like Uber, Lyft and Via. It has been speculated that this verdict will quickly restrict Uber’s expected growth.

Council Member Stephen Levin, in support of the bill, commented: “In a just a few years, the number of for-hire vehicles in our city has increased dramatically, snarling traffic and sparking a race to the bottom where all drivers are struggling to make more than poverty wages. An average of 2,000 additional vehicles hit the streets every month while drivers remained spending nearly half their time with empty seats. This bill is a measured response that empowers the Taxi and Limousine Commission to study the issue during the temporary pause on issuance of new licenses.”

In response to the bill being passed, Zachary Wasserman, Head of Global Business Development at Via, said: “This short-sighted cap will hurt Via’s ability to provide efficient microtransit services, making on-demand transportation less affordable for middle- and lower-income residents. In the meantime, New York will fall further behind more forward-thinking cities and public transit operators around the world. Singapore, Sydney, Berlin, Los Angeles, and Arlington in Texas, to name but a few, are embracing the potential of microtransit by using our technology to deploy on-demand bus systems that complement or replace existing inefficient fixed-routes.”

Meanwhile, Uber warned its riders that the cap could result in higher fares, longer waiting times, and trips outside of Manhattan being difficult to attain.

A New York Times report quoted Uber spokesman Josh Gold as saying: “The City’s 12-month pause on new vehicle licenses will threaten one of the few reliable transportation options while doing nothing to fix the subways or ease congestion.”

Wheelchair-accessible vehicles (WAVs) are an exception in the bill, with the hope that ride-hailing companies will improve their services for passengers with reduced mobility.

If the bills succeed in redressing the balance for taxi drivers, easing congestion and raising standards for drivers, they could represent a template for other cities.