Out of a fleet of 100,000 for-hire vehicles in New York City, the Taxi and Limousine Commission has estimated that only 0.5 per cent of them are wheelchair accessible… 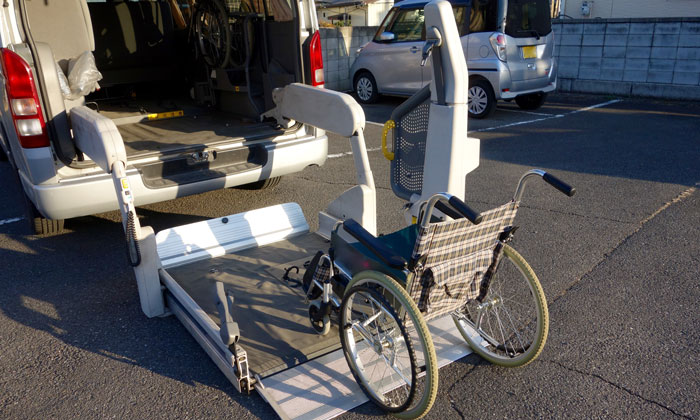 A recent report by New York Lawyers For The Public Interest (NYLPI) has highlighted a serious fault within the operation of for-hire vehicle (FHV) companies in New York and their availability to passengers with reduced mobility (PRMs).

Companies like Uber and Lyft have quickly embedded within the world’s major cities, aiming to improve the efficiency of passenger transport and reduce pollution with the removal of privately-owned cars on urban roads.

However, New York’s FHVs are systematically excluding passengers with reduced mobility, the NYLPI has revealed.

According to the report, Via, Juno and Gett do not offer any wheelchair-accessible vehicle (WAV) services in New York, leaving only Uber and Lyft with the necessary vehicles for transporting PRMs. However, an investigation found that 70 per cent of the time, there were no available WAVs from either ride-hailing company.

Uber specifically advertises ‘UberWAV’, which offers fully accessible vans with drivers that can accommodate wheelchairs, while Lyft operates a similar offering called ‘Access Mode’, yet, at New York’s two major airports, there were no WAVs available from either company.

NYLPI used the two smartphone applications, investigating the waiting time and accessibility of vehicles at various times of day. Each time a car request was made, from five major destinations in Brooklyn, the app’s ability to locate a vehicle and the estimated waiting time was recorded.

There was also a disparity in waiting times. During the attempts when a WAV was available, the estimated time wait averaged 17 minutes, but for a regular vehicle the wait was only four minutes.

NYLPI’s report references a recent legal petition filed by Uber, Lyft and Via which stated: “Serving people with disabilities, including people who use wheelchairs, is an important goal of Petitioners, and their… continued actions prove it.” Unfortunately, NYLPI has highlighted how this enthusiasm has not been implemented.

The FHV industry’s failure to provide WAVs in 84 out of 114 attempts demonstrates that operators in this space must become more effective in providing services for people with reduced mobility, primarily for the sake of the passenger, but also for their own stake of passenger share.