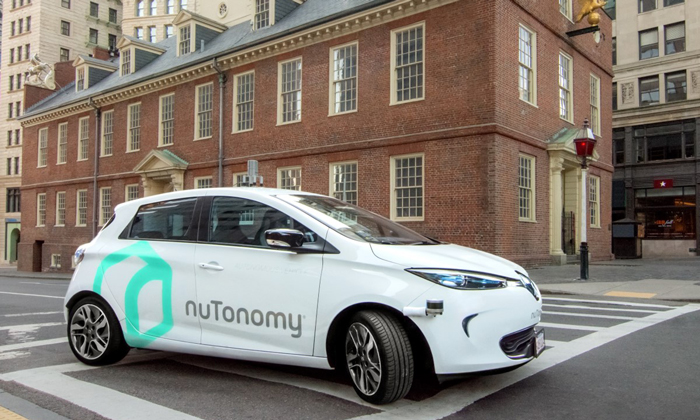 The City of Boston has permitted the operation of autonomous vehicles on public roads, city-wide in Boston.

nuTonomy, alongside their parent company Aptiv, will be the first and only company allowed to test city-wide. The opportunity will enable them to focus on building safe and smart driverless vehicle software.

So far, the coordination with the City of Boston has led to a test plan that witnessed the vehicles safely tackle increasingly complex driving conditions, in day and night, through rain, sleet and snow.

The project aligns itself with Mayor Walsh’s vision in creating a more connected Boston and will help move closer to achieving the goals of Go Boston 2030.

nuTonomy and Aptiv were able to succeed, and consequently work further towards safe accessible transportation, due to Governor Baker and MassDOT’s support.

nuTonomy was the first company to launch the testing of autonomous vehicles on public roads in Singapore whilst launching automated mobility on demand pilots, partnering with transportation network leaders in North America (Lyft) and Asia (Grab) to offer rides to the general public.

In the continued partnership with the City of Boston, both companies are committed to sharing the results of the driving experience through quarterly reports that will also be available to the public. Actively working with the City of Boston and partners means demonstrations of the technology can be conducted and audiences educated on the potential of autonomous vehicle technology.

A valuable dataset has recently been made available (nuScenes), that will allow individuals and groups to improve their own driverless vehicle software.