The 5G Technological Cities project, launched in January, is focused on making Talavera de la Reina and Segovia into 5G laboratories, enhancing technological deployments and investigating use cases which will access the capabilities of 5G… 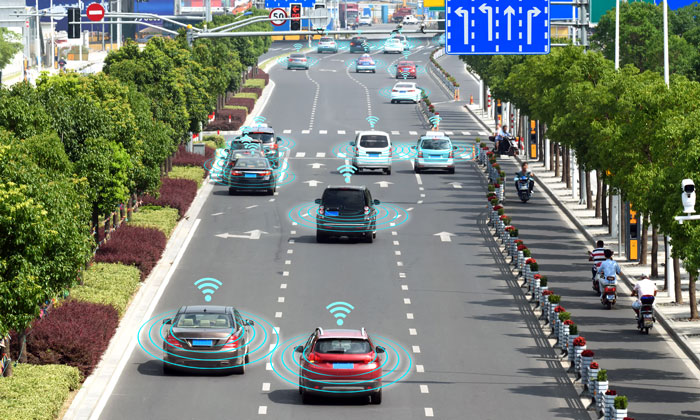 The capabilities of 5G are shown simultaneously with autonomous driving in many use cases; specifically, high data transfer capacity and ultra-low latency through streaming high-definition content, the creation of a work environment in the vehicle with virtual office applications, remote driving support based on real-time analysis and the processing of the telemetry data sent by the autonomous vehicle.

Talavera de la Reina has experienced its first 5G use case with an EZ10 autonomous driving electric minibus; representing a milestone in the 5G Technological Cities project presented by Telefónica in January 2018.

Javier Gutiérrez, Director of Strategy and Network Development at Telefónica Spain, said: “5G technology has much to contribute in the field of the connected vehicle. In addition to the download of multimedia content, autonomous vehicles generate up to 4TB of daily information from the information collected by the sensors, meaning that a high bandwidth is necessary for transferring this data in real time to the network’s edge and also an extremely low latency. All in order to jointly process the data received by the vehicles of a certain area and to proceed with decision making, thus increasing the security in vehicular environments”.

This is the first 5G demonstration that makes use of the 3.5 GHz band in mobility in Talavera de la Reina and consists of an autonomous electric vehicle from the EasyMile company, in which an Ericsson 5G terminal and a CarMedia Solutions platform have been installed. 5G coverage is provided through a mobile unit where a 5G Ericsson antenna has been deployed.

Jorge Navais, Commercial Director for the Telefónica account, Ericsson, said: “By 2023, 20 per cent of the world’s population will have 5G coverage. It will have an enormous impact in terms of user experience and the digital transformation of industries and cities. Ericsson has already signed 39 agreements to start 5G trials and for the development of use cases.”

As the autonomous vehicle advanced through Talavera de la Reina, a multimedia experience contextualised with the environment was offered on the screen: where to eat, tourism points of interest and where to shop. The solution integrated digital services aimed at the business world in mobility, such as access to a virtual office by simulating a remote work environment.

The EasyMile electric vehicle is equipped with the most advanced technology in autonomous driving, integrating numerous sensors (LIDAR, GPS, video cameras) that make it possible to analyse the environment and create a three-dimensional map. The remote management of the autonomous vehicle is obtained with permanent connectivity, allowing real-time access to its internal telemetry data, in order to allow actions to be taken at any time.