Approximately £46 million, over the last five years, has been invested into reducing emissions, upgrading bus technology and enhancing the north-east’s fleet to be more sustainable… 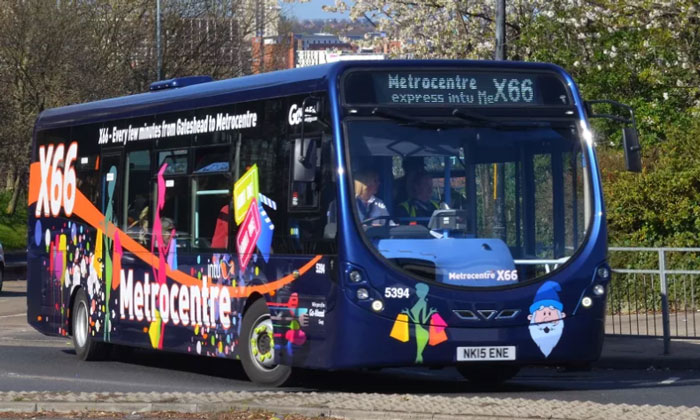 Go North East is trialling the region’s first fully electric, zero-emissions bus in order to progress towards their aim of operating the greenest bus fleet in the UK.

Named the Yutong Electric, the vehicle is quieter than traditional diesel buses and boasts low battery and energy usage. Following Go North East’s continued investment in new vehicles and technology, the bus is currently being trialled on the Gateshead Interchange to MetroCentre X66 route.

During the three-week trial, Go North East will monitor the running costs and receive feedback from engineers, drivers and passengers to determine whether an investment should be made in adding Yutong Electric vehicles to the fleet.

The pilot trial is part of ongoing efforts to introduce greener vehicles into the fleet of 650. In the past five years, £44 million has been invested into the purchasing of new buses and £2 million into upgrading vehicles; making them more fuel efficient and reducing emissions. Currently, nearly two thirds of its vehicles now have Euro 5 engines and above and 15 per cent are in the pipeline for retro-fits.

Colin Barnes, Head of Engineering at Go North East and Leader of trial, said: “We’re excited to be the first bus company in the region to trial a fully electric bus. With zero-fuel emissions, the Yutong Electric is sure to help reduce our carbon footprint, so we are keen to see what our passengers and team members have to say.”

Designed and made in China, the Yutong Electric is in use in select cities across the UK, including London and Nottingham.