Women in India require public transport for both commuting and the completion of mundane daily tasks, therefore when they feel too unsafe to board, the country is impeded both socially and economically… 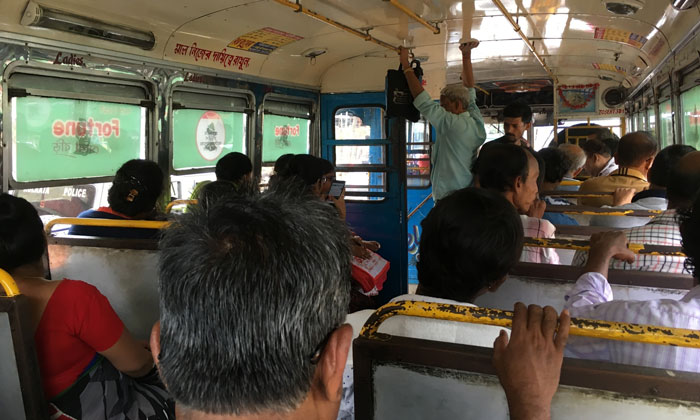 Women in India often refuse better employment prospects if they require a journey using public transportation, according to a recent study by the Institute for Transportation and Development Policy (ITDP).

Female employees in India are mostly found in the informal sectors, which are commonly situated outside of the main business districts. Consequently, women must rely on public transport, sometimes as their only option of motorised transport.

The lack of safety and consequent fears play an integral part in the reduced female riders on public transport, with similar patterns consistent across other cities in India.

As a result, when the public transport is perceived extremely unsafe, or unaffordable, women have chosen jobs with less pay which are closer to home or have stopped working altogether. India’s female workforce dropped by 19.2 million women between 2004-5 and 2011-12. This reduction could have a detrimental affect on the country’s economic state if not corrected in the forthcoming years.

The report highlighted how the centre and the state governments have failed to invest in public transport safety despite horrific examples of assault and rape exposing their vulnerabilities. After protests from women’s organisations, the Nirbhaya Fund was created with an initial corpus of Rs 1,000 crore to ensure women’s security and safety. Less than 30 per cent of the fund has been utilised.

The McKinsey Global Institute stated that if women had an equal role in labour markets, by 2025 almost $28 trillion could be added to the global economy. However, India’s labour force is only 15.5 per cent female and this extremely low figure will only begin to rise with the implement of safety improvements.