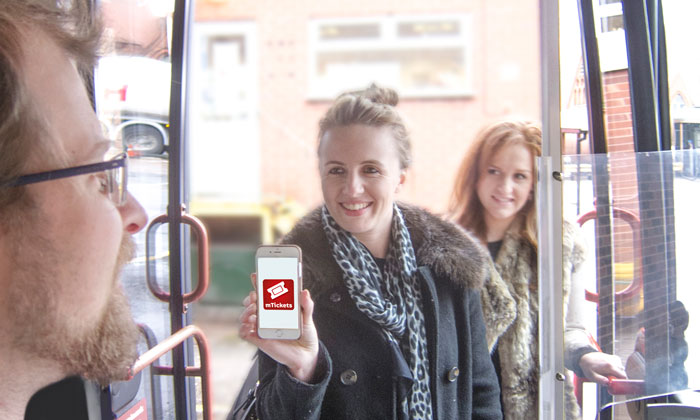 February 2018 saw the millionth sale of mobile tickets for bus operator National Express West Midlands, after they started selling tickets via a mobile app in September 2016.

Around 10 per cent of customer journeys are now being booked using the mobile app and the figure is continually on the rise. When surveyed, over half of the people using the app said it had encouraged them to use the bus more; boosting the local economy and reducing congestion.

Since January 2018, when single tickets were made available on mobiles, National Express West Midlands has sold nearly 100,000 of them.

Tom Stables, Managing Director of National Express West Midlands, said: “We’re always looking for new ways to use innovation and technology to make it easier, quicker and cheaper for our customers to travel. Customers can get all kinds of tickets on our phone app and just show their phone to the driver as they get on the bus.

“It’s really easy to use – no need to worry about finding the right change or getting paper tickets. And it’s the cheapest way to buy our most popular products – using your mobile is always cheaper than using cash.”

Since launching the app, National Express West Midlands has asked the customers for feedback. Recently, the results illustrated a satisfaction score of over 80 per cent with 55 per cent claiming they used the bus more since downloading the app.

Stables added: “We’re very grateful to our customers for their feedback. I was particularly pleased to see one quote, from a deaf user, telling us it made it much easier for them to buy a bus ticket. We’re now working on some of the customers’ suggestions for the next version of this mobile ticketing app.”