A ‘demand responsive’ bus service may be trialled in London

A highly developed bus network is now easily accessible within London’s city centre, therefore Transport for London are planning to trial a new bus service that will improve the public transportation network in areas of outer London… 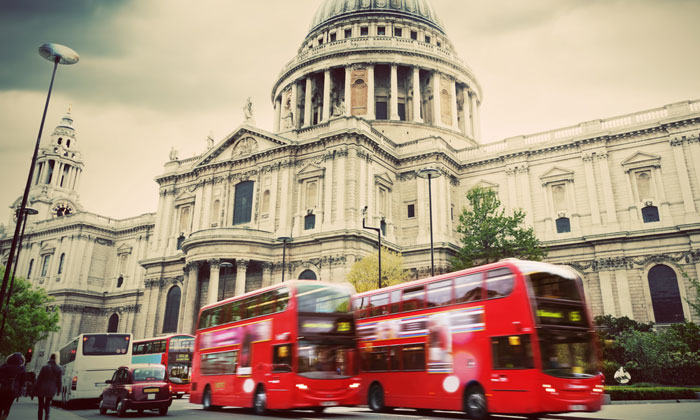 Transport for London (TfL) has announced that it is exploring the potential of using a new ‘demand responsive’ TfL bus service to enhance the city’s public transport network in the future.

TfL is approaching a range of businesses – including traditional bus operators and technology companies – to see if the latest innovations in ride-booking technology can be used to create a new bus service that complements the existing network.

The services, that can cater for nine passengers or more, would not replace any existing TfL services.

Businesses are being asked to express their interest in trialling a new TfL service that would flexibly operate in an area in need of improved public transport. The partnership could be, for example, an on-demand minibus ordered through an app, or a service running on a semi-fixed route that can divert to pick up individual passengers.

Rapid advances in technology mean that in areas where car dependency is high, the potential to trial new services has increased.

TfL’s Director of Transport Innovation, Michael Hurwitz, said: “We want to understand the potential of new TfL demand responsive services to improve public transport for all Londoners. We are currently exploring the feasibility of a small demand responsive transport trial in areas of outer London where car dependency is higher and other forms of public transport are less viable. By approaching potential partners, we are engaging the market to establish interest in delivering a trial. Any potential trial would be a new TfL service designed to support the existing local transport network, improve accessibility and London’s air quality.”

A trial would help TfL better understand and assess how such services could complement the existing bus network. It will also help to set standards for a potential future service around safety, accessibility, air quality, affordability, the use of concessions (such as the Freedom Pass) and customer service.

It is proposed that the Mayor’s ‘minimum professional London bus driver wage’ and ‘Licence for London’ would apply to this trial.

The capital’s iconic bus network is among the world’s most extensive and accessible and is continually being improved. The Mayor has made bus travel more affordable and convenient through the Hopper fare, allowing an hour of unlimited bus and tram journeys for the price of just one. Traditional buses, which currently carry more than 220 million passengers a year, remain at the heart of transport in London.

If the trial goes ahead it would involve a small number of vehicles and would be held in an area of outer London. Any trial will not run longer than 12 months.