Londoners are in support of the modernisation of Camden Town Tube station, which would result in more comfortable journeys and step-free access… 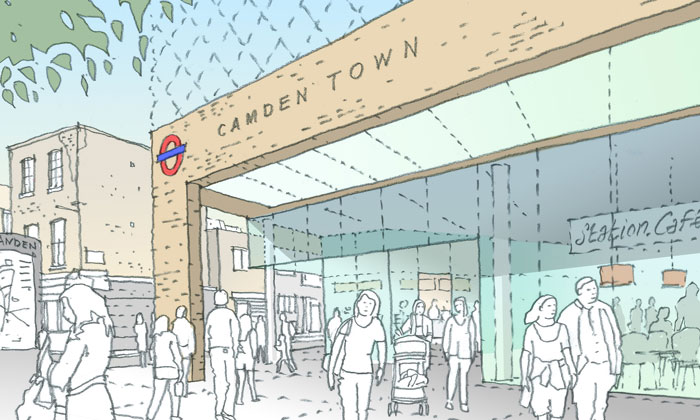 A consultation regarding the proposals to modernise Camden Town Tube station has found 97 per cent of respondents are in support.

The upgrade would see the station treble in size and include the construction for a new entrance on Buck Street. Three new escalators and new lifts providing step-free access would also be installed, making the Camden area more accessible for everyone.

Camden Town is already one of the busiest interchanges on the Underground network, with over 30 million customers using the station each year. The number of passengers is expected to rise by 40 per cent and the original station – designed in 1907 – needs to be modernised to cope with the increased, and growing, demand. Crowd control measures are a necessity for easing congestion and ensuring safety.

Mark Wild, Managing Director of London Underground, said: “The modernisation of Camden Town station will positively impact the tens of thousands of customers who use it every day and will transform accessibility to this vibrant part of London. We have seen fantastic support from the local community for our plans to make the station more spacious, comfortable and equipped to support the growing demand in the area. We will now continue to develop our plans, which are part of the Mayor’s transport strategy of encouraging greater use of public transport, reducing reliance on the car and making London a healthier, cleaner place.”

TfL will consult later in 2018 on how the new entrance might be built and how it will manage the impacts of construction. Subject to the outcome of that consultation it will apply for powers to upgrade Camden Town station through a Transport Works Act Order application. If permission is granted, work could begin in 2021 with completion target of 2025/26.