The global electric vehicles battery market is estimated to reach $93.94 billion by 2026. 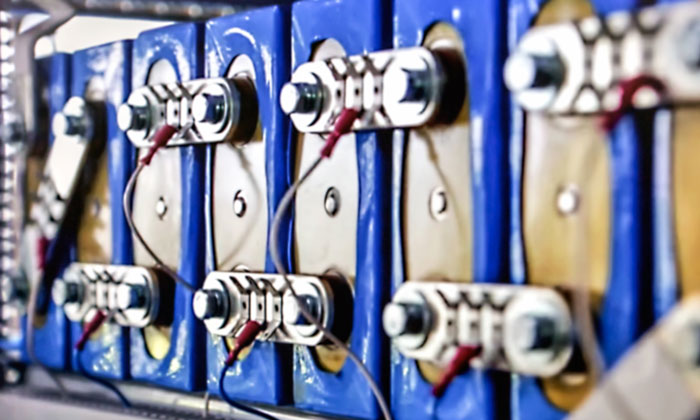 This is according to a market research report by BIS Research, titled Global Electric Vehicles Battery Market – Analysis and Forecast (2017-2026).

The demand for electric cars is increasing rapidly, with global stock numbers reaching two million in 2016. The expected growth in the market for EV batteries is attributed to the increasing collaborations between the key component manufacturers and rising number of OEMs. Moreover, falling battery prices and improved charging infrastructure are expected to be the key factors in the growth of the market. Government bodies are actively promoting the usage of electric vehicles to reduce high emission levels.

The evolution of Lithium-ion technology has fuelled the growth rate for batteries over the last two decades. While initial hybrids vehicles used Nickel Metal Hydride (NiMH) batteries, Li-ion batteries have been the primary solutions for automakers to power Plug-In Hybrid Electric Vehicles (PHEVs) and Battery Electric Vehicles (BEVs). The high energy density and charge retention capacity along with low maintenance are some of the benefits that have accelerated the growth of Li-ion as a battery technology. Automobile manufacturers introducing BEVs and PHEVs in the market are further enhancing the technology and are anticipated to offer Li-ion powered solutions as a primary power source in their vehicles within the forecast period.

According to Surabhi Rajpal, Senior analyst at BIS Research:

“The current scenario has seen the dominance of Lithium-ion batteries as the primary power source for pure electric vehicles as well as PHEVs. While other alternate battery technologies such as Nickel Metal Hydride and Hydrogen fuel cells are also present in the market, Lithium-ion technologies are expected to be the most prominent in terms of usage. Factors such as high energy density, long cycle life, and relatively higher performance parameters make lithium-ion technologies the most lucrative battery system available in the market.”

The market has been divided on the basis of propulsion type, component type, vehicle type, and by different geographical regions. The global electric vehicles battery market by propulsion type has been categorised into: Battery Electric Vehicle (BEV), and Plug-in Hybrid Electric Vehicle (PHEV). The battery market for BEV held the highest share and accounted for 71.3% share in 2016, and is also expected to grow at a faster rate as compared to PHEV. Factors, such as the growing demand for zero emission vehicles, government initiatives, and improved charging infrastructure are responsible for the growth of BEV and thus, leading to the growth of battery market for BEV. During the forecast period, the electric vehicle battery market for passenger cars is expected to grow at a faster rate as compared to commercial vehicles owing to factors such as increasing demand for electric cars, stringent governmental regulations, and high energy density of batteries.

The report provides a detailed analysis of the key growth drivers and restraining forces of the global electric vehicles battery market, with an extensive insight into various forms of developments, trends, and key participants in the market. With the demand for EVs expected to increase significantly during the forecast period, the report discusses the possible short-term and long-term impact of high demand on EV batteries and on the various raw materials that are used in its manufacturing. The report also sheds light upon the current scenario of the market, discussing the various patents, regulations, and technological advancements that are encouraging the growth of the entire EV ecosystem. A detailed analysis of the various start-ups within the EV ecosystem is also provided along with their impact on the overall automotive industry.

It also includes a thorough analysis of the market trends and size, along with the market estimation based on the key geographical regions. Providing detailed financial analysis of the key players in the market, the report provides individual SWOT analysis of each company. Some of the key players in the electric vehicles market are automakers, such as Tesla Inc. (U.S.), BYD Company Limited (China), Volkswagen AG (Germany), and General Motors (U.S.). Some of the EV battery manufacturers include Samsung SDI (South Korea), Automotive Energy Supply Corporation (Japan), LG Chem. (South Korea), Panasonic Corporation (Japan), and GS Yuasa International (Japan). The key strategies being adopted by the market players to attain their respective market shares in this emerging domain are joint ventures, collaborations, partnerships, contracts, and product launches.

Research was compiled on more than 100 players in the electric vehicles ecosystem and draws upon insights from the in-depth interviews of the key opinion leaders, market participants, and vendors.