One hundred rapid charging points have been installed across London

Cleaning up London’s toxic air requires a shift to cleaner, greener, electric vehicles and helping thousands of London’s taxi drivers switch to these by 2020 is a fundamental part of the Government’s Air Quality plan… 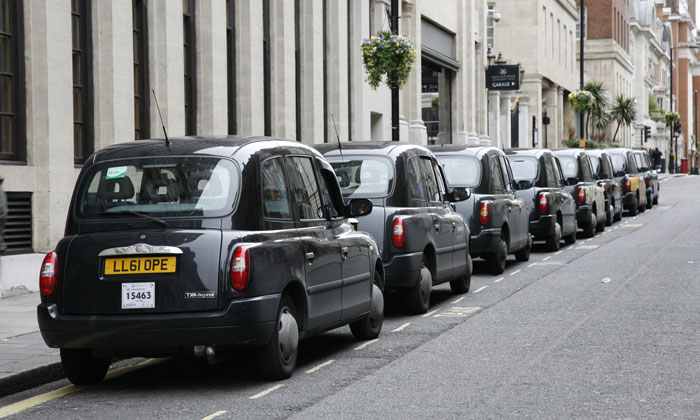 Sadiq Khan, Mayor of London, has launched a new network of rapid charge points for electric vehicles across the city, which can charge a vehicle in 20 to 30 minutes, compared to the seven or eight hours it takes at regular charging points.

The network includes 51 points for taxis and is expected to help phase out the use of diesel vehicles within the city; encouraging the movement to zero-emission travel.

As of 2018, diesel taxis will not be licensed and all taxis that are licensed for the first time need to be zero-emission capable.

The Mayor is also encouraging more Londoners to switch to electric vehicles for personal use and is committed to working with the private sector to expand charging infrastructure in the capital. Shell has already installed eight points across London.

It is thought that bringing forward the move to phase out sales of new petrol and diesel cars and van‎s, from 2040 to 2030, would result in a 30 per cent reduction in pollution by 2030.

Khan commented: “The roll-out of rapid charging points marks a big step forward in the shift to zero-emission vehicles, which the capital desperately needs to clean up our toxic air. But widespread change will not happen until a sufficient charging infrastructure is in place, allowing taxi drivers, businesses and Londoners to easily make the switch.

“On my watch, TfL has already installed 100 new rapid charge points – despite only five per cent of the city’s roads being under my control. We will only reach the numbers we need if the boroughs install these points on the 95 per cent of the network in their control and TfL stands ready to help. I also urge private-sector businesses to work with us on expanding the network and help make lasting improvements to the capital’s air quality.”

Lilli Matson, Transport for London’s Director of Transport Strategy, said: “The installation of an extensive rapid charge point network is central to enabling cabbies to ditch their dirty diesel vehicles and replace them with green alternatives.”

TfL is investing £18 million into unlocking potential sites and upgrading electricity grids, and TfL and London Councils awarded almost £4.5 million to 25 boroughs to help them deliver on-street charge points for thousands of residents without off-street parking.

Minister for Taxis, Nusrat Ghani, said: “It’s fantastic to see the progress London is making as it moves to ultra-low emission (ULEV) taxis, enabled by the Government’s support for the development of the London Electric Vehicle Company’s new ULEV taxi.”

A £42 million fund is already available to encourage the owners of the oldest, most-polluting diesel black cabs to retire them from the fleet. The owners of black cabs between 10 and 15 years old can apply for a grant of up to £5,000 in exchange for retiring their taxi and the Government’s Plug-In Taxi Grant, part-funded by the Mayor, will also give taxi drivers purchasing new Zero-Emission Capable (ZEC) taxis up to £7,500 towards the new vehicle.