Cashless ticket machines being trialled on Tyne and Wear Metro

With the increase of card payments overtaking cash purchases, Nexus are trialling card only machines, with intent to use them at all metro stations… 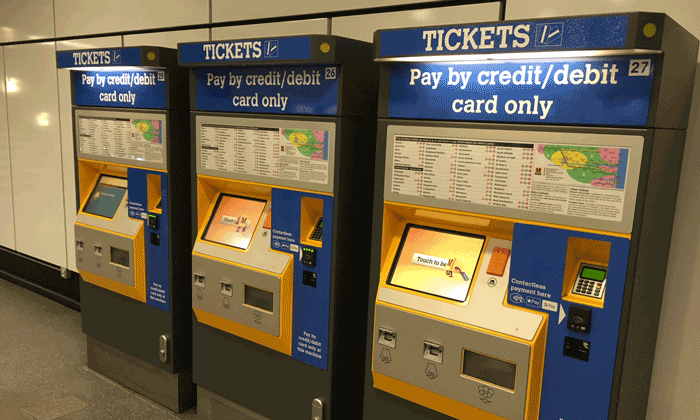 Ticket machines are no longer required to travel on the Tyne and Wear Metro.

Nexus, the owner and operator of Tyne and Wear Metro, has trialled card only payments at some metro ticket machines, prompted by the increasing number of customers who are opting for cashless transactions.

More than half of all metro passengers have switched from using cash, choosing smartcards and contactless payment at ticket machines instead.

Three of the eight ticket machines at Central Station in Newcastle City centre have therefore been changed to only accept card payments. Dependant on how popular the decision is Nexus will consider implementing the switch across other Metro stations.

Customer Services Director at Nexus, Huw Lewis, said: “Cashless and contactless payments are overtaking the use of notes and coins on metro, which is why we are trialling our first ever cashless ticket machines at Central Station, with a view to having card only machines at other key metro stations.

“Our new ticket machines give passengers more choice and flexibility, and we have been surprised at how quickly they have moved away from using notes and coins for even quite small purchases like a £1.50 single ticket.”

Nexus introduced ticket machines that accept bank cards and smartcards, as well as coins, at all 60 of its stations in June 2013. In 2017 there were 9 million transactions at metro ticket machines and two thirds of these were made using contactless cards. This further reduces the time customers spend at machines, however Nexus has stated that cash payments won’t disappear, the option to pay with cash will remain available.

Pop Pay As You Go now accounts for seven per cent of all metro journeys and this is expected to increase with prices frozen for smartcard users in 2018, alongside the launch of Pop blue – a new smartcard for young people which provides Metro journeys for £1.

Card payments account for 56 per cent of metro ticket machines’ revenue with 66 per cent of these being through contactless methods. 94 per cent of the card payments on metro travel are made by students. However it is not just the younger generations using the new payment method, 59 per cent of older customers buying the annual metro Gold Card use credit/debit cards instead of cash.