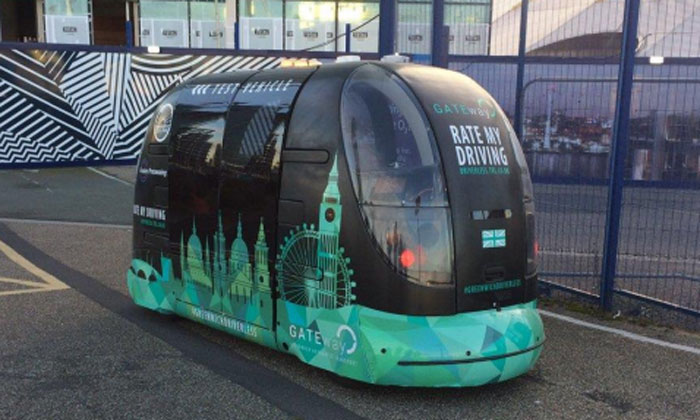 A new report on from the London Assembly Transport Committee has warned Transport for London (TfL) that it must better prepare for the introduction of innovative transport services set to disrupt the sector over the next two decades.

‘Future Transport: How is London responding to technological innovation?’ shows that connected and autonomous vehicles won’t be on the road until the 2030s and there is a possibility that they will add to congestion. It is mentioned that dockless cycle schemes need to be able to operate across all of London to be effective and the lack of a control system for drones and droids was highlighted.

TfL are monitoring technological developments, but this needs to be embedded across the whole organisation to access the available benefits. There have been recent failures in London’s preparations for innovative transport services, notably the rapid growth of private hire operator Uber and the disruptive launch of dockless cycle hire service oBike. Monitoring and preparing for technological innovations is expected to reduce these failures.

Keith Prince, Assembly Member and Chairman of the London Assembly Transport Committee said: “Autonomous vehicles could make roads safer. Dockless bikes could spread the benefits of cycling to the whole city and demand-responsive buses could give people a public transport service tailored to their needs. The opportunity to improve mobility for millions of Londoners is here but it will require proper planning, transparency and accountability, as well as cooperation with government, boroughs and development companies.

“TfL have been caught napping on the technology front and it’s time to wake up. Go back to 2014 – in its ‘Future Proof’ report, this committee warned that ‘TfL needs to be prepared for the inevitable consequences of a transport environment in which technology is evolving faster than the legislation that is needed to govern its use.’ It’s clear that warning was ignored – let’s hope this warning won’t be.”

The Transport Committee report recommends the Mayor, TfL and government to consider the impact of autonomous bus technology, examine the need for a London-wide licensing regime for cycle hire and develop the principles of a new regulatory regime for demand-responsive bus services. It was also suggested that data produced by TfL data powered apps should be shared with TfL and an integrated control system for autonomous vehicles and airborne drones should be considered.

These changes and preparations need to be decided and implemented by London’s transport authorities to ensure the city can handle the new technologies and corresponding changes to the transport industry.

Michael Hurwitz, Director of Transport Innovation at TfL, said: “This report outlines the challenges that all cities across the UK, including London, face when considering how transport will operate in the future. We work with a wide range of tech companies around the world to support and learn from innovation that could improve transport across London. This work builds on what we have already delivered in areas such as contactless ticketing, free open data and state of the art signalling to deliver some of the highest frequency metro services in the world.

“As part of the Mayor’s Transport Strategy, many of these elements are already being considered and TfL is involved in a number of pilots and initiatives to help ensure that any introduction of new technology such as autonomous vehicles and drones is safe, environmentally-friendly and consistent with our focus on walking, cycling and green public transport.”