Northern line passengers can expect a higher frequency of services 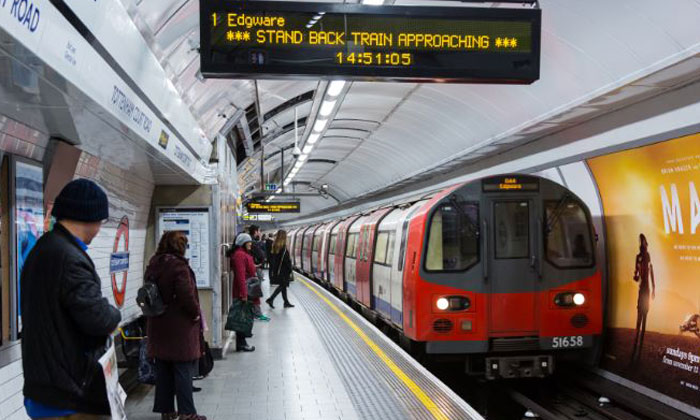 The Northern line carries approximately 225,000 passengers a day between the times of 17:00 and 19:00 and these customers will now be able to experience 24 trains per hour on both central branches of the Northern line and 30 trains an hour in the Kennington to Morden section.

This effectively doubles the length of time that the highest frequency evening peak services operate for, as this level of service previously only ran for an hour, between 17:30 and 18:30. Consequently customers will experience more comfortable journeys around the capital as platforms and trains become less crowded and evening commuters enjoy a better journey home.

Outside peak time, 20 trains an hour operate across both central London branches of the Northern line.

“The Northern line is the busiest line on London’s Tube network and our new timetable will provide a quicker, less crowded journey for hundreds of thousands of commuters who rely upon the line every day,” said Sadiq Khan, Mayor of London. “Since becoming Mayor I’ve frozen TfL fares and invested record amounts in new infrastructure across London’s transport network. I’m delighted that by doubling the time of high frequency evening services, more Londoners on the Northern line will now get home faster after a long day at work.”

The Northern Line Extension, targeted for completion in 2020, is also progressing well. On completion it will add further capacity to the Capital’s transport network. Battersea and surrounding areas will be within 15 minutes of the City and West End, enabling the regeneration of these areas with the introduction of 25,000 new jobs and more than 20,000 new homes.

Mark Wild, TfL’s Managing Director of London Underground, said: “We have worked hard to find innovative ways to maximise train frequency on the Northern line which means we can offer the best level of service in the line’s 127-year history.”

The continued modernisation of the Tube is a key part of the Mayor’s Transport Strategy to make London a greener, more accessible place. The investment in improving public transport will help reduce reliance on the car and contribute to the Mayor’s target of having 80 per cent of journeys made by public transport, cycling or walking by 2041.