The project will begin to integrate fuel cell bus operations across Europe, expanding the number of cities using the technology… 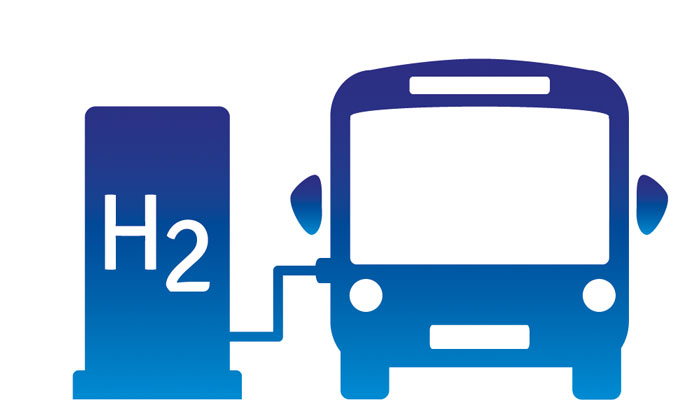 JIVE 2 will deploy 152 fuel cell electric buses across 14 European cities, supported by a €25 million from the Fuel Cells and Hydrogen Joint Undertaking (FCH JU). This will expand the network of cities trialling fuel cell buses in Europe, illustrating the growing demand for the technology.

For most of the selected cities, across France, Germany, Iceland, Norway, Sweden, the Netherlands and the UK, this will be the first experience of fuel cell bus operation. Industry experts as well as industry grouping Hydrogen Europe will be supporting the cities throughout.

The project is an expansion of the JIVE initiative which has entered its second year. Altogether the JIVE projects will deploy nearly 300 fuel cell buses in 22 cities by the early 2020s, representing the largest deployment in Europe to date.

As cities implement strategies to reduce air pollution, diesel buses will start being banned from many city centres. Fuel cell buses are a realistic alternative for public transport authorities, offering the same flexible operation but without the emissions. By the end of the project, JIVE 2 aims to prove the operational capacity of fuel cell buses and to lay the foundations for uptake on a large scale.

To do so JIVE 2 will need to solve some of the challenges which are currently preventing fuel cell technology spreading. Vehicle ownership costs will need to be reduced, the number of fuel cell bus models available will need to increase and a low-cost, reliable source of renewable hydrogen fuel should be established.

By increasing the scale of deployment the JIVE initiatives create the possibility for accelerated development of the European bus manufacturers’ production capabilities. This will enable them to achieve the economies of scale needed for mass production of fuel cell buses, positioning the technology to become a key zero emission public transport alternative in the future.

“We are delighted to be able to expand the JIVE initiative through the launch of the JIVE 2 project. This project represents another step towards fuel cell buses becoming mainstream technology across Europe and being able to achieve the economies of scale needed for commercialisation,” said Ben Madden, Director of Element Energy. “We are now starting to see manufacturers using the momentum created by the JIVE initiative to develop new designs and then offer these buses at a commercially viable price. This is a significant turning point both for the future success of the technology and the decarbonisation of Europe’s public transport networks.”