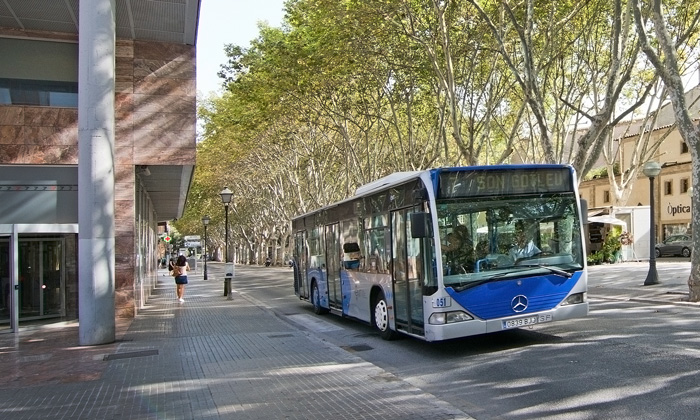 The city’s existing 180 buses are all diesel and the majority are over 14 years old. Their replacements however all will be powered by compressed natural gas (CNG), meaning they are cleaner and less harmful to the environment. The launch of the new vehicles will begin this year and continue until 2023.

The EIB loan will also finance the construction of a new CNG refuelling station and the upgrading of Empresa Municipal de Transportes (EMT)’s IT, fleet management and ticketing systems.

The project is supported by the European Fund for Strategic Investments (EFSI), the main plank of the European Commission’s Investment Plan for Europe, also known as the Juncker Plan.

By financing this project, the EIB will help to reduce the level of vehicle pollution in Mallorca’s capital. At the same time, the new urban bus fleet will serve to increase transport capacity and therefore improve the services available to passengers. Some of the new vehicles, especially those operating on the busiest routes, will be longer than existing buses (18m rather than 12m) and therefore will contain more seats. With an average of 40 million passengers a year, EMT is Mallorca’s biggest public transport company.

Violeta Bulc, European Commissioner for Transport, said: “This project is yet another illustration that the Juncker Plan is bringing tangible results for Europeans and for the environment. These new buses will improve the daily lives of commuters, stimulate the local economy and put Palma de Mallorca at the forefront of the transition to low-emission mobility.”

This agreement is the second signed by the EIB under its new Cleaner Transport Facility. The support of the Investment Plan for Europe has enabled the EIB to provide the long-term financing needed to ensure that the project is implemented on schedule.