NAVYA partners with Via to introduce a revolutionary new app

A new offering from NAVYA and Via will greatly enhance both the convenience, safety and user experience of autonomous rides in NAVYA’s new cab… 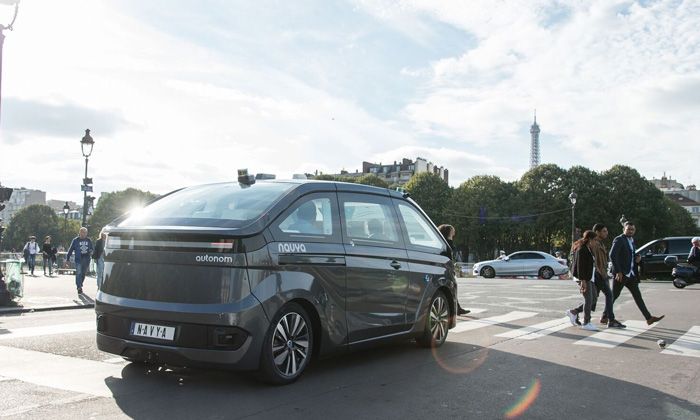 Using the Via app which is now integrated with the technology of NAVYA’s AUTONOM CAB, customers can easily and securely book and control their autonomous vehicle travel experience from their smartphone.

Via has unveiled new technology within its app to control the rider’s interaction with an autonomous vehicle. From the app, passengers can request a ride in NAVYA’s AUTONOM CAB, control the vehicle’s door opening once it arrives at the pickup spot, command it to close the door and begin the ride once they’re safely aboard. Additionally, passengers can select their choice of music, with the option to connect to the on-board Wi-Fi.

“Via has developed the operating system that will power the autonomous vehicle fleets of the future, with dynamic routing and efficient matching of multiple passengers going in the same direction,” said Daniel Ramot, co-Founder and CEO of Via. “We’re excited to demonstrate for the first time how Via’s shared ride technology seamlessly integrates with autonomous vehicles.”

NAVYA’s recently unveiled AUTONOM CAB, a vehicle without a traditional cockpit or steering wheel, is 100 per cent autonomous, electric and optimised for private and shared rides holding up to six passengers.

“NAVYA and Via share a vision of helping cities overcome the challenges of pollution and congestion by easing the traffic flow,” said Christophe Sapet, NAYVA CEO. “NAVYA has designed the AUTONOM CAB specifically for private and shared rides, while Via is revolutionising urban transit with its exceptional shared ride algorithm.

This partnership, and the development of the app, will enable safe and secure autonomous rides with unprecedented user controls.