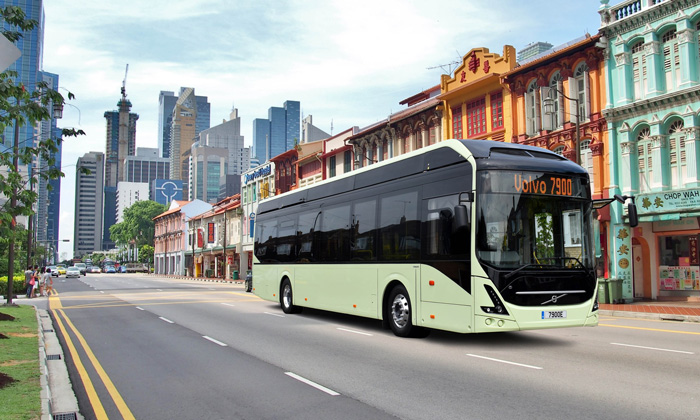 Volvo Buses and Nanyang Technological University (NTU) in Singapore have signed a cooperation agreement on a research and development program for autonomous electric buses.

Singapore and its Land Transport Authority (LTA) are recognised for their focus on public transport and deployment of autonomous vehicles in the effort to create a sustainable city environment: this program is part of Singapore’s drive to create new solutions.

It was announced that self-driving buses will be deployed in several areas of the country by 2022.  For Volvo this is the first autonomous application in public transportation. However they have already demonstrated the autonomous technology in mining, quarry and refuse collection operations.

“Together with NTU, we now have the possibility of testing various solutions under realistic conditions in a major city that has high ambitions for its public transport,” said Håkan Agnevall, President of Volvo Buses. “The technology developed in Singapore can contribute to future autonomous applications by Volvo Buses.” 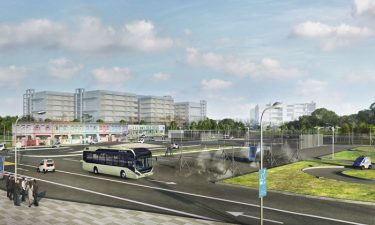 The basis of the program consists of two Volvo 7900 Electric buses which are all-electric, two-axle 12m-long city buses with low floors. Quiet and emission-free they also have 80 per cent lower energy consumption than a corresponding diesel bus. The autonomous driving solution will be built on Volvo’s platform and the buses will be equipped with GPS along with LIDAR laser technology-based systems to help the vehicles chart, position and scan the area.

One of the autonomous electric buses in the program will be used on Singapore’s advanced new test facility for autonomous vehicles, Centre of Excellence for Testing and Research of Autonomous Vehicles (CETRAN). Here, NTU’s researchers will be able to test new functionality and study how the bus interacts with other road-users in various conditions.

The second bus will be used for tests in the bus depot in partnership with the public transport operator SMRT. The aim is that the future autonomous buses should be able to charge their batteries, drive through the depots to the vehicle wash and park all without a driver.

Commenting on the initiative, Frank Mühlon, Head of ABB’s Global Business for Electric Vehicle Charging, said: “Nanyang Technological University has estimated that electric vehicles could make up as much as 50 per cent of Singapore’s motor population by 2050. ABB has long been at the forefront of developing greener solutions and we are proud to be helping make this vision become a reality.”

The cooperative program between Volvo Buses and NTU is underway and will initially last for two years. The jointly developed autonomous electric buses will arrive into Singapore in the beginning of 2019.