Siemens’ Mobility Division has received a new order from Oslo Vognselskap AS, to supply 32 three-car metro trains worth a total of about €180 million euros… 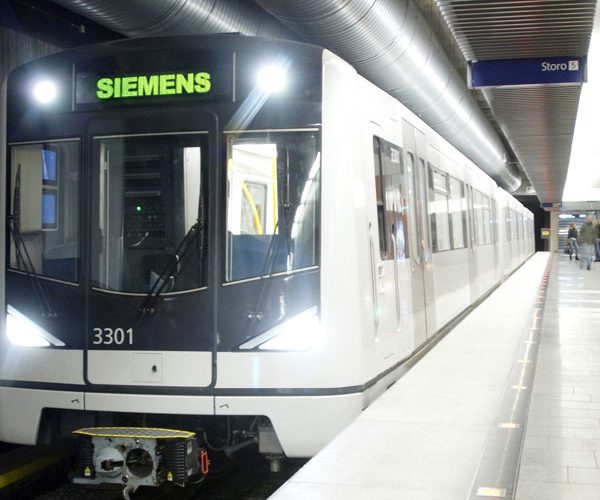 Siemens’ Mobility Division has received a new order from Oslo Vognselskap AS, a rolling stock leasing company in Norway, to supply 32 three-car metro trains worth a total of about 180 million euros. The contract for the deal was signed in Oslo on December 21, 2010. The trains are to start rolling out of the Siemens plant in Vienna and heading to the Norwegian capital in 2012. With this order, the customer is exercising an option dating back to 2003, when the Oslo rapid transit company ordered its first metro trains from Siemens. To date, Siemens Mobility has delivered a total of 83 three-car metro trainsets for rapid transit service in Oslo. 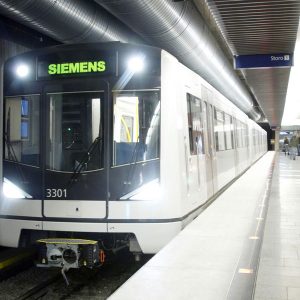 “This new order is an indication of the customer’s trust in Siemens as a supplier of reliable, modern metro trains,” said Jörn F. Sens, CEO Rolling Stock at Siemens Mobility. “We’re very pleased to receive this confirmation of our good working relationship with Oslo Vognselskap, which has now been going on for ten years.”

Not only have its natural surroundings made Oslo more closely attuned to the environment. It is also one of the “eco-friendliest” cities in Europe. Its annual per-capita emission rate of only 2.2 metric tons carbon dioxide (CO2) lies well below the European average of 8.5 tons. Oslo ranked third in the European Green City Index sustainability study examining 30 metropolitan centers in 30 European countries. The study was published by the Economist Intelligence Unit Research Institute on the occasion of the Climate Conference in Copenhagen in December 2009.

The environmentally compatible trains from Siemens are a perfect fit for the sustainability concept of Oslo’s public transportation system thanks to their low energy consumption and recycling rate of almost 95 percent. And the regeneration of braking energy can recover up to 46 percent of the energy consumed. That is an optimal prerequisite for the power mode because the city’s public transportation system makes use of alternative and, above all, renewable energies. The Oslo Metro (Oslo T-bane) currently comprises six lines with a total route length of about 85 kilometers.

The vehicles for the new order will be built in the Siemens Vienna plant and include modifications to cope with the severe winter conditions prevailing in the Oslo area, where temperatures fall as low as -25 degrees Celsius. Comfort is another important feature of the new trains. The three-car trains will be 54 meters long with gangway doors between the cars. One train will be able to accommodate around 680 passengers. The car bodies will be made of aluminum and have three doors on each side. Furthermore, the trains are designed for a maximum speed of up to 80 km/h.

These metro trains are part of Siemens’ Environmental Portfolio. In fiscal 2010, revenue from the Portfolio totaled about €28 billion, making Siemens the world’s largest supplier of ecofriendly technologies. In the same period, our products and solutions enabled customers to reduce their carbon dioxide (CO2) emissions by 270 million tons, an amount equal to the total annual CO2 emissions of the megacities Hong Kong, London, New York, Tokyo, Delhi and Singapore.