The new Santander Cycles have been hired more than 25,000 times since they rolled onto the streets of London at the start of November – an impressive 30 per cent increase on the average hire rate per bike per day. 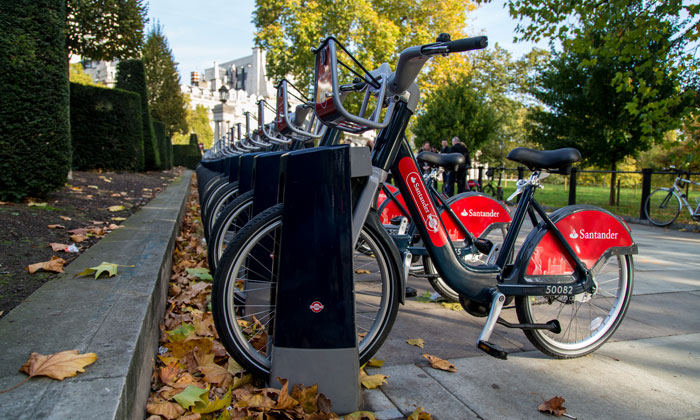 Over 250 new Santander Cycles have already joined Transport for London’s flagship cycle hire scheme, with thousands more set to join over the next few years.

The bikes have been built by England’s longest established cycle manufacturer, Pashley Cycles in Stratford-upon-Avon, and designed to be easier to ride and maintain. The new cycles offer riders improved handling, visibility and comfort, with a new gel saddle, lower frame, tyres with puncture prevention, new gear hub and improved front and rear Blaze lighting. The cycles also feature a new technology platform, CyTek, which includes in-built bluetooth and the capacity for GPS technology, enabling the bikes’ performance to be recorded.

Last year was a record-breaking year for Santander Cycles, with an unprecedented 10.3 million hires – a 4.4 per cent increase from 2015. This year there have been more than 9.4 million hires, with six of the ten months beating year-on-year records for the number of journeys being made. Last month was the best October on record for the scheme, with just under one million hires.

Commenting on the success of the scheme, David Eddington, TfL’s Head of Cycle Hire, said: “The new Santander Cycles have been exceptionally popular, with thousands of people trying the new bikes in the first few weeks. We have no doubt that these upgraded cycles are going to help us break more records and will encourage even more people to take to two wheels.”

Encouraging people to cycle is one of the key components of the Mayor’s Transport Strategy, which aims to increase the proportion of people using active and sustainable travel options. This includes providing a world-class cycle hire scheme, building more cycle lanes, investing in safer junctions and funding cycle training and cycle parking.

Santander Cycles will extend into Brixton in early 2018 with seven new docking stations, providing space for up to 200 bikes. Next year will also see the launch of a network of Quietway cycle routes throughout London. The East-West Cycle and North-West Cycle Superhighways will also fully open in 2018 and the consultation responses for CS9 and CS4 will be published over the coming months.