ASSURED project for fast charging of electric vehicles gets going 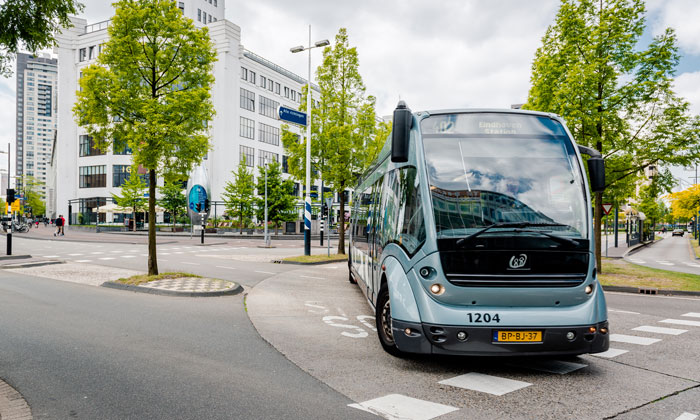 Coordinated by the Free University of Brussels and co-financed by the European Union, ASSURED will promote the electrification of urban transport vehicles by using advanced fast charging solutions and will be led in terms of electric buses by the International Association of Public Transport (UITP).
The ASSURED innovation project will be carried out over the next four years – finishing in September 2021 – with a budget of 23.64 million euros, 18.65 million of which will be provided by the EU.

The project consortium has 39 members from 12 countries that include practitioners from across the entire value chain. They include public transport authorities and operators; manufacturers of buses, trucks and light vehicles; electric energy providers; charging infrastructure suppliers; national and international associations; municipalities; consultancy companies and research institutes.

The intention of ASSURED is to promote the adoption of zero-emission electric traction vehicles by commercial and public transport fleets that use medium- to large-sized vehicles. Their objectives have been summarised as follows:

• Development of modular solutions for new generation high-powered chargers (up to 600kW)
• Interoperable and scalable solutions for high-power charging
• Development and testing of efficient wireless charging solutions up to 100kW
• Assessment of the cost, energy efficiency and impact on the electricity grid
• Testing of solutions developed from ASSURED on six public transport buses, according to the TRL 7 definition, in cities of the European Union
• Support for standardisation bodies (for example, CEN-CENELEC, ISO, IEC)
• Protocol for standard compliance and interoperability tests.

Within the project, the UITP heads up the activities connected with electric buses – specifically, trials in the different participating countries and coordination with the end users – and disseminates information about the project in order to make effective use of the results. The six practical case studies to validate the vehicles’ technology will take place in Turin / Lyon (shared by these two cities in Italy in France), Gothenburg (Sweden), Jaworzno (Poland), Helmond (Netherlands), Bayonne (France) and Castejón (Navarre, Spain).

At a later stage, other cities will take up the baton, carrying out trials to test the interoperability between buses and different makes of chargers in real-time operation, operation with trucks, as well as intelligent charging for large scale fleets. These cities include Osnabrück, Barcelona, Gothenburg and Eindhoven.

Taking part in the launch event, which was held as part of the Smart Mobility World Congress were Dionisio González, Director of Advocacy and Outreach at the UITP; Noshin Omar, Professor from the Free University of Brussels and the project’s coordinator; Josep Maria Armengol, Director of Bus Engineering at TMB, who acted as the host partner; and Álvaro Nicolás, attached to the Mobility Management department of Barcelona City Council.