London comes out top for usability in major bike-share schemes

The usability scores for major bike-share schemes in London, Paris, Chicago and New York have been revealed by Stage Intelligence… 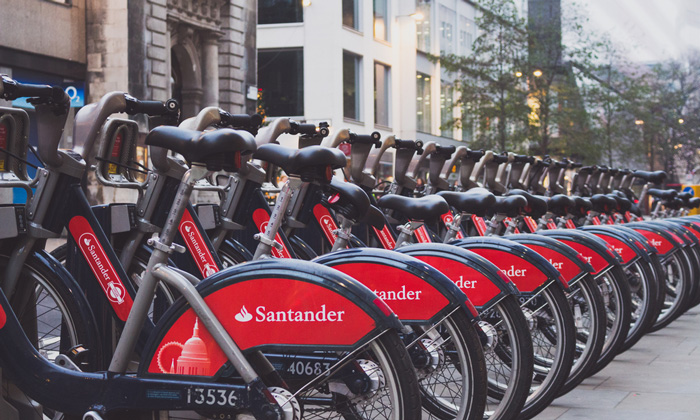 London’s bike-share scheme has ranked highest for usability among some of the world’s major cities, with Chicago a close second.

The data, collected by bike-sharing scheme management firm Stage Intelligence in Q4 2016, reflects usability for London, Paris, Chicago and New York, and reveals that Chicago and London lead the group with an average usability figure for the quarter of 99.3 per cent and 99.4 per cent, respectively.

Chicago has been consistent in delivering a reliable bike-share scheme to its riders, and while London is also rated highly, its figures could indicate an over-servicing of its market, which can create unnecessary costs and limit growth.

New York ranks the lowest of the major cities with an average usability figure of 90.2 per cent for the quarter. It means that on average 10 per cent of riders at any given time cannot access the bikes or docking stations they want. Paris follows New York with an average usability of 98.1 per cent, but usability at certain times dipping to lows of 76.7 per cent. The inconsistency in the scheme means that it may be difficult for riders to depend on the scheme on a daily basis.

“Bike Share riders and cities benefit from Schemes that are easy and reliable to use,” said Tom Nutley, Head of Operations at Stage Intelligence. “Operators need to make sure that riders have access to bikes when and where they need them without over servicing the market. This is where the London scheme could be at most risk. The data is very positive for London but it could be using too many city resources to manage its operations especially when there is no need to.”

Stage’s usability measure compares all docking stations that are within easy walking/cycling distance in a published 500m radius from each other, which can be altered by the BICO platform. The platform takes into account each city’s SLAs when measuring the usability of a Bike Share Scheme. A docking station is usable if there are bikes and docking points available at the station itself or at one or more of its neighbours. The BICO platform can also set custom usability defined by a specific threshold or the SLAs of different cities.

“For bike-share schemes to be seen as a real, public transport solution and a smart answer to urban mobility, they need to work as good or better than existing public transport services,” said Paul Stratta, Director, Platform for European Bicycle Sharing & Systems (PEBSS), an initiative from the ECF. “Nowadays people go to bus and railway stations expecting the services to be there, and for it to operate on time. It should be the same with bike-share schemes. Collecting and analysing data allows bike-share operators, and their city clients, to get a big picture of operations and understand where bike share can improve and how exactly to do it.”