A hybrid electric tram powered by hydrogen and a super-capacitor has started running in Tangshan, North China’s Hebei province. 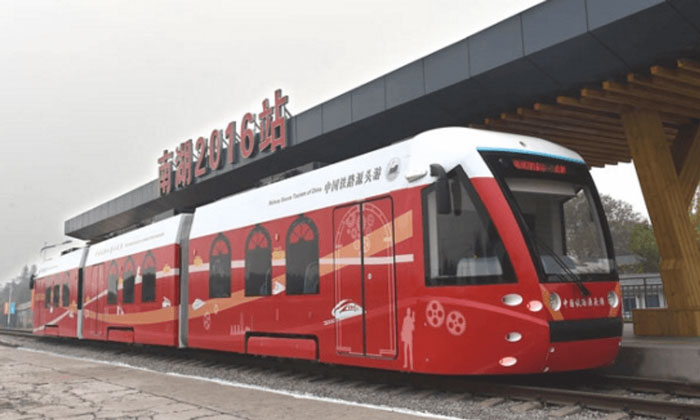 It is the world’s first hybrid electric tram, with hydrogen being the main power source, according to China Railway Rolling Corporation (CRRC) Tangshan Co, the maker of the tram.

Only water will be emitted for powering the tram, marking a considerable step in the application of green energy in public transport.

It is different from common electric buses or other vehicles, which are mostly powered by lithium cells, which emit pollutants when they are being produced.

The tram is now operating on a 136-year-old railway in Tangshan and will be promoted to more cities at home and abroad.

The tram, having three carriages with 66 seats, can run for 40 kilometers at a maximum speed of 70 kilometers per hour after being refilled with 12 kilograms of hydrogen.

One response to “First hydrogen hybrid tram put into operation”