The Turnit BiBo platform, operating in a public beta test in Tartu, Estonia under the name Jiffi, should officially launch in 2018, making physical fare payment a thing of the past for smartphone users… 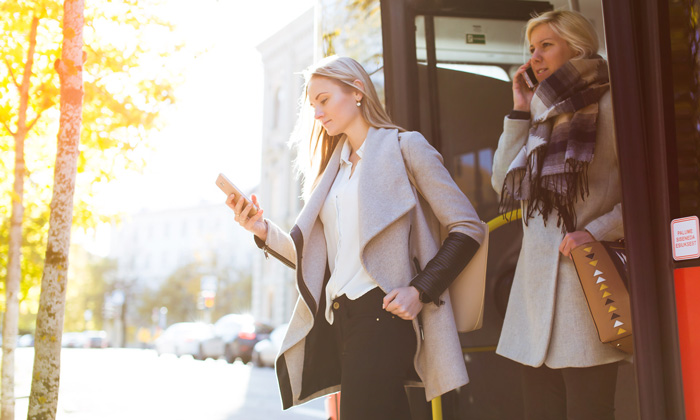 The test will be conducted from 13 November 2017 in the city of Tartu, Estonia under the name Jiffi, and is then planned to launch officially at the beginning of 2018.

Turnit BiBo is a mobile ticketing solution for urban and suburban mass transport systems. The development of the hands-free mobile ticketing app started in 2015, when the Founder of Turnit, Andres Osula, wanted to make the public transport system paperless and as convenient as possible. It started as a startup called Jiffi, which won Ajujaht 2015 – Estonia’s biggest startup contest. On 1 October 2017, Jiffi moved under one company and brand, Turnit, leading to the name Turnit BiBo. The name Jiffi will remain in Tartu as the name of the application the passengers will use.

Turnit BiBo uses custom-made, secure Bluetooth Low Energy (BLE) beacons and micro-locating technology to accurately detect when smartphone-equipped passengers enter and exit the transport vehicle. It automatically takes care of fare payment at the same time, without the passenger having to physically take their phone out of their pocket. “The validation works seamlessly without any user action needed. This results in superior user experience for the passenger,“ explains Osula.

The CEO of Turnit, Andres Birnbaum, points out the improved passenger experience is only half the story for Turnit BiBo. In addition to ticketing, the platform functions as a source of information. “It provides highly valuable check-in and check-out data that is crucial for efficient route planning, multimodal transfer management and flexible pricing based on customers’ actual needs,“ Birnbaum explained.

Currently, Turnit BiBo is being piloted in the city of Tartu, Estonia, where the initial phase of closed group testing was successful. At time of writing, 2,840 trips have been made in Tartu using Jiffi. The public beta will involve at least 1,000 testers, who will be actively testing the system until the end of 2017. “The goal of this next stage is to collect more data from a bigger user group, because there are many different types of phone models that we need to test. A bigger test group brings out the specific needs and problems of different phone models that we can solve before the official launch, making the system as reliable as possible for every user,“ said Birnbaum.