Caen la Mer in Normandy has renewed the Keolis Group’s contract for the operation of the Twisto network as well as other services. 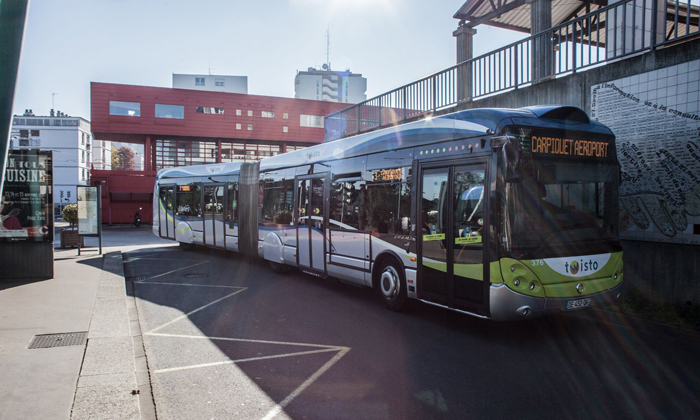 As part of the new six-year public service concession agreement in France, Keolis will be responsible for the operation and maintenance of the bus network, the transport service for people with reduced mobility, management of the fleet of 650 bicycles (which includes 150 self-service bicycles and 500 bicycles for long-term rental) as well as the operation of the three lines of the new tramway network, due to be launched in 2019.

Furthermore, as of January 2018, Keolis will also operate the new city centre shuttle service, which consists of an electric minibus which has the capacity to transport up to 22 people.

“We are proud of the trust placed in us by Caen la Mer to implement its ambitious public transport policy as part of a global, modern vision of mobility,” said Frédéric Baverez, CEO Keolis France. “Thanks to our renowned expertise in trams, we will support the urban community in the successful launch of its new tramway, thus helping to strengthen both the quality of life of its inhabitants and the appeal of this area.”

Another aspect of the contract is the removal of the rubber-tyred TVR tram to be replaced with a new steel-wheeled tramway – the first time in France for a heavy transport mode to be completely replaced with another.

The new network will comprise 23 trams (that are able to accommodate 210 passengers each) and while this replacement is happening, Keolis will reinforce the existing lines and put 42 replacement buses into operation.

Keolis aims to ensure better city coverage of the community in Caen la Mer, notably via the commissioning a large circular urban district line, to be launched at the same time as the new tramway network, while simultaneously, the entire network will be modernised to deal with the 19.5% increase in ridership expected by 2023.

New services to optimise the customer journey will also be introduced: an e-shop, a new ticketing system with contactless tickets, a new website during construction works and a route calculator.