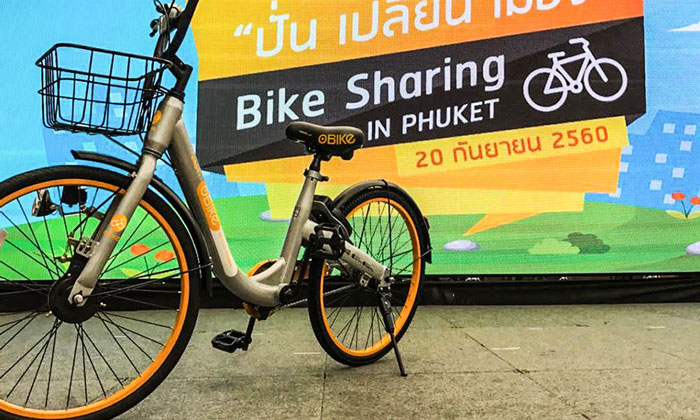 As part of further expansion, oBike has also announced its launch in Phuket, Thailand at a Memorandum of Understanding ceremony between the Governor of Phuket, Norraphat Plodthong and oBike. This launch will also be oBike’s first global deployment of bikes with three gears.

oBike is rolling out 200 bikes at Thammasat University in Bangkok, enabling students an eco-friendly and affordable mode of transportation around the campus. To celebrate the milestone, Thailand users can enjoy free rides with no deposit fee from 18 September 2017 to 31 October 2017.

“We aim to leverage the power of technology and transform the way people commute. I’m pleased to share that we are on track to realising our vision of revolutionising transport systems in 80 cities by the end of 2017, with our recent entry into Hong Kong and our launch in Phuket and Thammasat University,” commented Mr Edward Chen, Co-founder and Chief Marketing Officer of oBike.

“The launch of oBike supports our move towards transforming Phuket into a smart city as part of the Thailand 4.0 economic model development,” said Norraphat Plodthong, Governor of Phuket. “With commuter data, we will be able to make better informed planning of our island’s transport infrastructure to improve mobility on our island.”

In January 2017, oBike became the first operator in Singapore to introduce the smart station-less bike-sharing concept. Shortly after, it made its debut in Malaysia, Thailand, followed by Indonesia and Hong Kong. Within nine months, the homegrown bike-sharing operator has expanded globally, with presence in over 10 countries and regions such as Australia, Germany, Netherlands, Taiwan and United Kingdom.