Navya set to open its first US production plant in Michigan

NAVYA has announced it will open its first North American production plant for its autonomous vehicles in the city of Saline, Michigan. 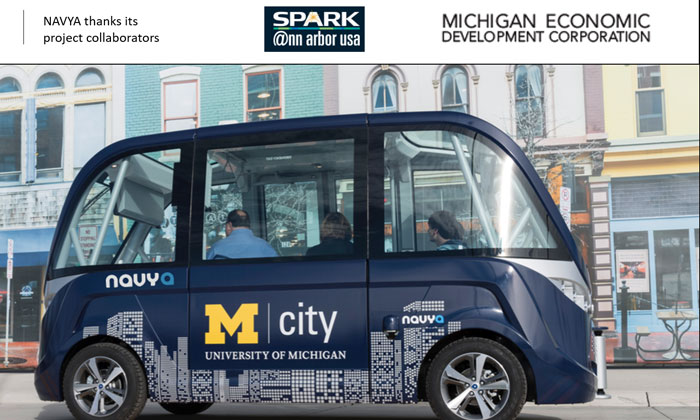 NAVYA with project collaborators Michigan Economic Development Corporation (MEDC) and Ann Arbor SPARK has announced it will open its first production plant will in the city of Saline, Michigan. 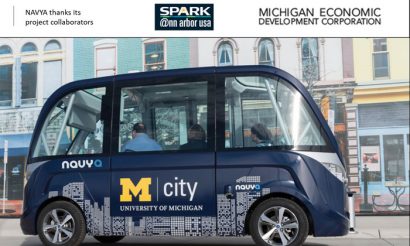 The plant is set to be 20.000+ sq. ft and NAVYA plans to build approximately 25 of its ARMA fully autonomous shuttle vehicles at the plant before the close of 2017.

“We at NAVYA could not be more pleased to call Saline, Michigan home to our first assembly plant in North America,” said NAVYA CEO Christophe Sapet. “As the greater Ann Arbor area continues to establish itself as a hub for autonomous vehicle development, we feel it’s the perfect location for us. Strong government and community support for mobility initiatives combined with an excellent talent pool provide the ideal environment for our expansion in North America.”

The project is expected to generate a total capital investment of more than $1 million and create 50 jobs, resulting in a $435,000 Michigan Business Development performance-based grant. The funds are approved by the Michigan Strategic Fund and administered by the Michigan Economic Development Corporation.

“NAVYA is an innovative company, I believe that their future is bright, and the City of Saline looks forward to assisting and supporting them”

“NAVYA’s growth in the Ann Arbor region is fueled by our region’s commitment to innovation in mobility technology, and the talented people who think and work on these issues every day throughout our region,” added Paul Krutko, president and CEO of Ann Arbor SPARK. “We’re excited to add depth to our technical prowess in this region, and to be part of NAVYA tapping in to the manufacturing and engineering capabilities here as it moves forward in making some of the world’s first autonomous mass transit vehicles. NAVYA is a terrific contribution to our prominence in the connected and autonomous vehicle industry.”

Going forward, Ann Arbor SPARK will help NAVYA locate the employees it needs to continue its growth at its new manufacturing facility in Saline.

“The City of Saline is ecstatic to welcome NAVYA Inc. to our community, and I have no doubt that they will become an important and valued member of our already stellar business community,” said Brian Marl, Mayor, City of Saline. “NAVYA is an innovative company, working on the latest autonomous vehicle technology; I believe that their future is bright, and the City of Saline looks forward to assisting and supporting them in every reasonable way.”