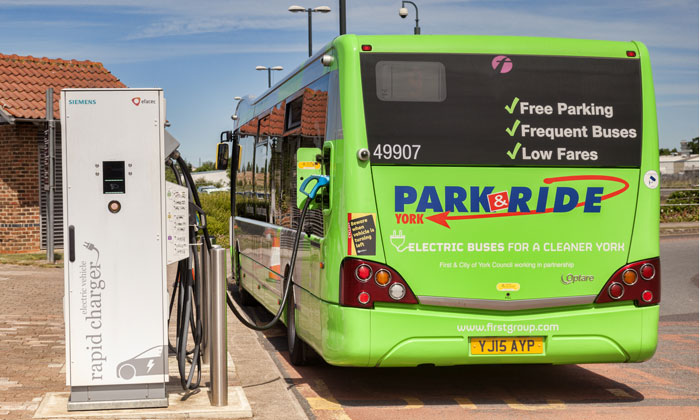 City of York Council and First York are set to extend their partnership delivering York’s Park & Ride service after the bus operator successfully bid for the seven-year contract commencing in early 2018. 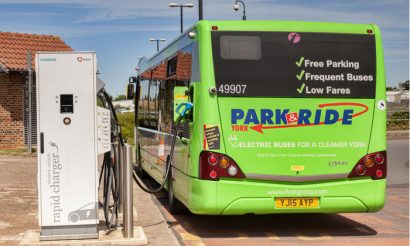 “We’re proud to have been selected to continue to operate the York Park & Ride scheme, which is one of the most successful in the country. We will continue to offer customers a high quality and reliable service through the strong and effective partnership that we hold with City of York Council,” said Marc Bichtemann, Managing Director at First York. “In line with the new contract, we will be introducing new ultra-low emission vehicles onto the network which will improve air quality for York residents.”

York is one of only a handful of Park & Ride operations which returns revenue (income) back to the council, generating £39k in 2017/8. However, because the income will be lower in 2018/19 than in previous years, the council will need to allocate an additional £85k in its budget in that year.

“Since 2016 we have seen over 4.6 million passenger journeys on the city’s Park & Ride service,” added executive member for transport and planning, Counsellor Ian Gillies. “This new agreement between the council and First Bus York will help to reaffirm our position as having one of the best and most well used Park & Ride services in the country.”

The bid was approved by the executive at a council meeting on 18 May 2017 and the new contract arrangements are set to commence in February 2018.