First autonomous shuttle project to be undertaken in Quebec

Keolis Canada, NAVYA and URBIS, has announced a one-year autonomous shuttle pilot project in the RCM of Les Moulins. 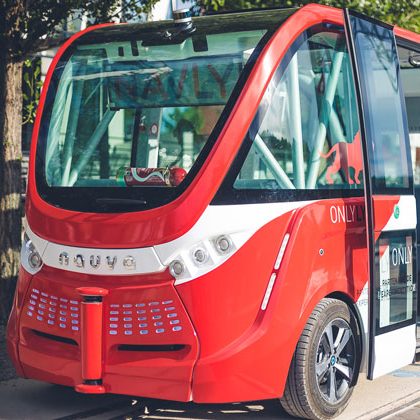 Keolis Canada, in collaboration with NAVYA and URBIS, has announced that a one-year autonomous shuttle pilot project may soon be undertaken in the RCM of Les Moulins to complement the region’s existing public transit network. 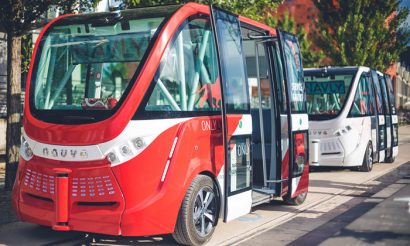 Steps are being taken with the appropriate Quebec authorities to accelerate implementation of the initiative, which will see shuttles added to the initial and final stages of an existing route. The trial would resemble the NAVLY project being testing in Lyon, France (where the Keolis Group and NAVLY jointly launched the world’s first autonomous electric shuttle service).

“The enthusiasm being shown for this autonomous electric shuttle project in Canada has greatly surpassed our expectations, and we’re delighted with the results to date,” said Patrick Gilloux, President and Chief Operating Officer of Keolis Canada. “We’ve long believed that electric vehicles represent the future of public transport and have type-trialled a number of them in the Les Moulins RCM region in recent years.”

Keolis Canada, NAVYA and URBIS share the same public transport vision and understand the importance of protecting the environment and reducing greenhouse gas (GHG) emissions. Ideally aligned with this vision, the autonomous electric shuttle, which offers both an ecological and flexible solution, represents brand new means of transport for citizens and complements the existing driver services.

“This pilot project reinforces the vision of the city of Terrebonne and its GHG reduction policies,” added Stéphane Berthe, Mayor of Terrebonne, President of URBIS and acting Reeve of Les Moulins RCM. “Recently, the city adopted a new policy for the acquisition of energy-efficient vehicles and installation of infrastructures, such as charging stations. NAVYA also aligns with the sustainable development plan of the city of Mascouche. This new strategy will enable us to offer improved service to our clientele.”

With a capacity of 15 passengers and operating at a speed of around 25km/hr, the autonomous electric shuttle facilitates access and travel, saving time for passengers. Ideal for urban areas and specific locations such as airports, it has been designed to improve the performance of businesses and organisations by streamlining the flow of movement along the initial and final stages of a route.