As part of ‘Operation Blitz’, officers from the Travelsafe Unit patrol the Leigh to Ellenbrook busway to stop to anti-social behaviour. 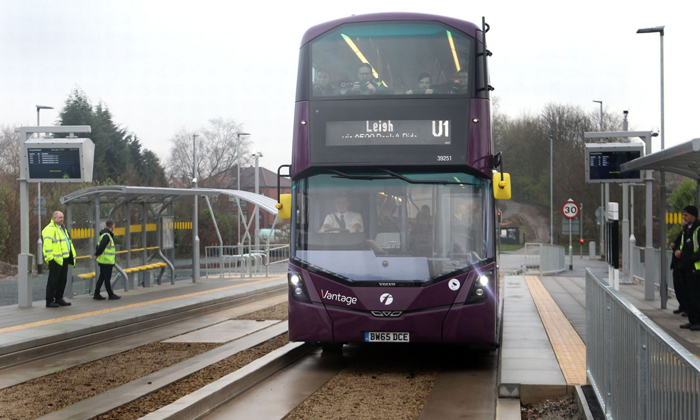 As one of a number of tactics deployed under ‘Operation Blitz’, officers from the Travelsafe Unit (TSU) are patrolling the Leigh to Ellenbrook busway to put a stop to anti-social behaviour (ASB). 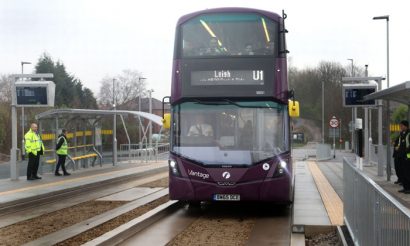 The Greater Manchester Travelsafe Partnership exists to keep public transport safe across Greater Manchester by offering reassurance to passengers and preventing and dealing with incidents of crime, anti-social behaviour and fare evasion.

‘Operation Blitz’ is a Travelsafe Unit response to ASB on the bus network, and part of the offensive to tackling this issue is the visual presence of officers as a highly visible deterrent, with TSU officers on 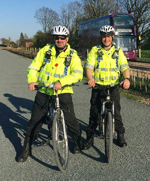 mountain bikes patrolling the multi-user path that runs alongside the 4.5-mile route.

TSU officers also targeted areas where ABS has occurred in the past and gathered intelligence to help inform future patrols.

“The TSU does a great job patrolling the bus networks in Greater Manchester to deter crime and ASB and keep the travelling public safe,” said Stephen Rhodes, Customer Director for Transport for Greater Manchester. “While they’ve been involved in various operations along the busway in the past, this is the first time they’ve used bikes to patrol the 4.5-mile route.

“There are a number of clear benefits to this: not only can they respond much more quickly to an incident, they can cover a much greater distance and, as was the case during their deployment, speak to groups of youths who have, in the past, used their own bikes to evade them.

“We will continue to use this method as one of a range of tactics to tackle crime and ASB on the busway and the wider network.”

One response to “Operation Blitz battles anti-social behaviour on busway”