Dutch technology firm, 2getthere, will deliver a new automated vehicle system in Dubai that will link the new waterfront living destination of Bluewaters with the city’s network of metro stations. 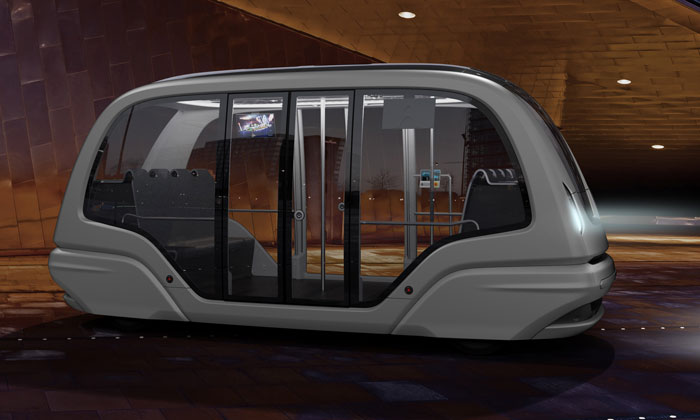 The innovative new transport system will have a capacity of 5,000 people per hour per direction, with the automated vehicle connection between Bluewaters and the metro set to become the largest of its kind in the world. It is considered an example of the future of autonomous transport solutions.

This fits Dubai’s objective to have 25% of all trips completed by automated systems by 2035. The automated transport system at Bluewaters will feature 25 driverless Group Rapid Transit (GRT) vehicles capable of carrying 24 passengers each, connecting stations on the island and Nakheel Harbour and Tower Metro Station approximately 2.5 kilometers apart. The capacity will initially be 3,350 people per hour per direction, with the possibility to increase to 5,000 people per hour per direction and the trip will take approximately 4.5 minutes.

The application is also the first to feature a 2getthere’s third generation GRT vehicle. This automated vehicle can serve in Automated People Mover applications as well as an autonomous transit system on public roads, integrating the necessary sensory technology.

“Our system and technology provides the best fit for the application and it is rewarding to be under contract,” 2getthere CEO Carel van Helsdingen said. “The award of the project clearly shows the increased interest in 2getthere’s systems throughout the Middle East.”

2getthere will realise the project through its Middle East joint venture with United Technical Services.

“By 2030, 25% of all transportation trips in Dubai will be driverless”

“By 2030, 25% of all transportation trips in Dubai will be smart and driverless,” said 2getthere Middle East and United Technical Services COO Ziad Al Askari. “As such we are proud to contribute to this ambitious goal.”

2getthere markets and develops automated transit systems for personal and group transportation. Applications currently in operation include the ParkShuttle at business park Rivium (the Netherlands) and the PRT system at Masdar City (United Arab Emirates).