Blackpool Tramway is more popular than ever

Blackpool Tramway is proving extremely popular, hitting a major milestone with five million passengers having used the service since April 2016. 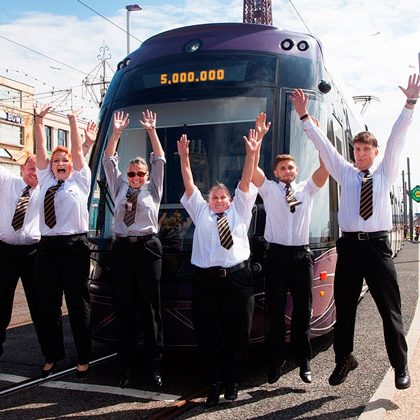 Blackpool Tramway is proving extremely popular, hitting a major milestone with five million passengers having used the service since April 2016. 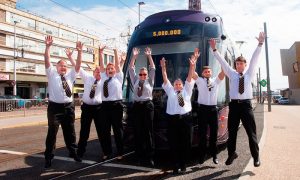 These numbers reflect a build on the increase in passenger journeys since the tramway re-opened in 2012 and marks the first time numbers have topped the five million mark since 1994. Not only are passenger numbers up but passenger satisfaction is up too, with the latest figures from the Department for Transport stating that 96% of people surveyed said they enjoyed the experience.

“Blackpool tramway is one of the fastest growing light rail networks in the country and there are no signs of it slowing down,” said Councillor Gillian Campbell, Deputy Leader of Blackpool Council. “Our tramway is known throughout the world and it is fantastic to see more and more people using it.”

The redevelopment of Blackpool Tramway

The current tramway is 11 miles long and is the result of £101 million investment into the replacement of the track, with a new depot also being built. 16 new Flexity2 trams were purchased for the redevelopment which came complete with level boarding, making the trams accessible for all disabled users, as well as faster journey times and a more energy efficient service.

The good news couldn’t come at a more opportune moment, with work currently underway for the line to be extended from the Promenade up to Blackpool North train station.

Commenting further, Councillor Christine Wright, Chair of Blackpool Transport added: “It is fantastic news that more and more people are choosing to use the tramway network to get around the Fylde coast. Hopefully that success can grow even further with the extension of the line.”

Tickets for journeys on the trams start from £1.60, with Blackpool1 tickets allowing passengers unlimited travel on buses and trams over 24 hours for £5 for adults and £2.50 for children.