Campaign for Better Transport has given is backing to a bid that will see Transport for London (TfL) take over London’s suburban rail routes. 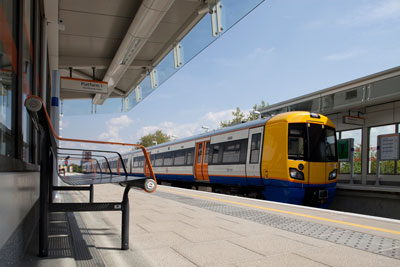 Campaign for Better Transport has given is backing to a bid that will see Transport for London (TfL) take over London’s suburban rail routes.

Campaign for Better Transport is supporting a bid that will bring London’s suburban rail routes under the control of London Underground operator, TfL.

The bid, which has been submitted to the Department for Transport, would see TfL take over the running of outer London rail services from a number of operators who currently run services under franchise agreements.

If successful, the bid would effectively extend the current London Overground network to the capital’s outer suburbs. The campaign group believes this would allow for more frequent and reliable services, led to an extension of the Oyster card scheme, and a turn-up-and-go service for all disabled passengers across the network.

“London Overground is a success story we want to see replicated across the capital to ensure the city’s transport links can cope with its growing population and deliver economic benefits to more Londoners.

“The Government should accept TfL’s offer and start the process next month to transfer south-east London services to London Overground and a decision is needed soon on the future South Eastern franchise.”