Setting course for the future: all signals to digital 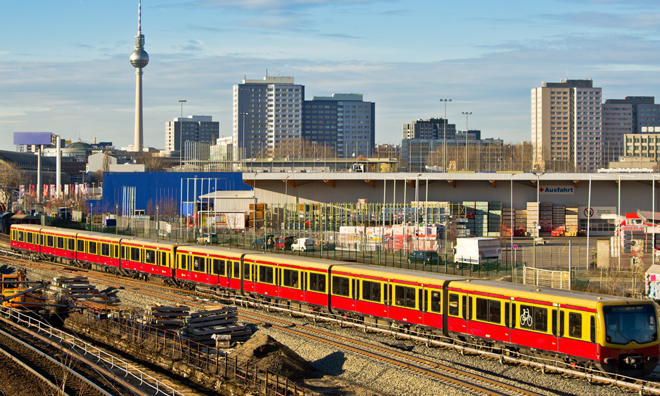 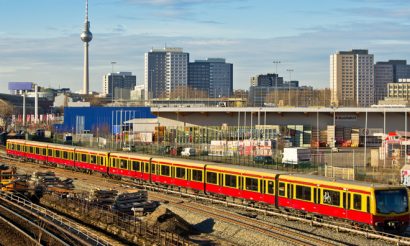 With 146 km of lines and 173 stations, BVG operates the largest underground rail network in the German-speaking countries. Since August 2015, all of the underground rail traffic, accounting for more than 1,200 vehicles, is controlled from the new Friedrichsfelde traffic control centre. Previously, the traffic control centre was located in an administrative building in Kleistpark, where BVG had rented premises following relocation of its administrative team. The planning and implementation of the new “nerve centre” was carried out by the control and safety technology specialist Thales Germany, using KVM technology from Black Box to transmit and display the video and image signals.

Moving into the digital age

The new control centre premises are intended to set new benchmarks in terms of working conditions, being future-proof, as well as using state-of-the-art technology. An important customer specification was to use full fibre optic cabling throughout as it is significantly more immune to interference than CATx cabling, particularly with regard to electromagnetic compatibility (EMC) or ground problems.  Subsequently, there was a switch from an analogue (for example in the form of VGA) to a digital system (DVI). Alongside improved image quality (and consequently less fatiguing working conditions), digital image transmission also offers numerous other advantages, specifically, the importance of enabling an easy set-up of redundancies. When it comes to controlling local transport systems, a shot system failure could have major repercussions.

Separating things that do not belong together

When comparing the new 400 m2 control centre to the old premises one difference is immediately prominent, there are no computers to be seen at any of the 21 workstations nor anywhere else in the room. Instead, they are located 40 metres away in a special technology room that is appropriately cooled and secured. “The spatial separation of computers and workstations using advanced KVM technology offers numerous advantages”, explains Richard Maraschi, Project Manager at Black Box. “This makes it possible to increase the security and also the service life of the computers and/or servers significantly, while also enabling considerably greater flexibility, which greatly improves processes.” In order to achieve this, over 30 DKM KVM extenders were implemented, allowing flawless transmission of digital video signals with resolutions of up to 2048×1152, including keyboard and mouse information (USB HID).

The content is now distributed through 31 video lines to the multi-monitor workstations that are composed by three giant monitor walls with a total of six screens each, providing employees with an overview of the complete underground rail network at any time. BVG staff can easily monitor and control underground traffic which is used by approximately 1.5 million commuters every day.

With the new system, users still feel as though they are sitting directly in front of a computer. “The user experience is vital in determining acceptance of a system and how it is used for work. The times of perceptible (and frustrating) latencies seen in the analogue era are now behind us once and for all”, states Maraschi.

The implementation of the complete KVM infrastructure was carried out rapidly on site by just one employee. “It was important to us that the solution deployed interacts without problems with the heterogeneous system landscape made up of various components from different manufacturers”, explains Doris Fritz, Project Officer in the Transportation Systems Division at Thales Germany. “Thanks to our experience with Black Box to date, we had no trouble making a decision when it came to selecting a modern KVM system.” In critical areas such as local public passenger transport, the robustness and immunity of the solutions deployed are of paramount importance. These are two requirements where Black Box scored highly, thanks to many years of experience in the field of industry and control stations. “Possible faults are always a significant factor in projects such as this, namely where deployment with no disruption to normal service is essential. We are happy to say that no noteworthy faults arose in this case”, continues Fritz. “Thanks to months of planning and close collaboration between all the partners, particularly with the BVG experts, the migration was implemented without any restrictions in traffic.”

For Thales, a specialist in traffic control centres for local public transport, the next projects are already in the pipeline. “At present, many transport companies are making the switch to digital systems and seeking to benefit from the advantages of digital signal transmission. With Black Box we have a technology pioneering partner by our side that we can rely on and that will ensure that the digital migration is successful.” Read more about Black Box Public Transport Solutions on www.black-box.eu/publictransport.

Transcending the world of mobility with seamless customer journeys