Following the acquisition of Solarcity in a $2.6 billion agreement, this article discusses how Tesla could shape the future of high passenger-density urban transport… 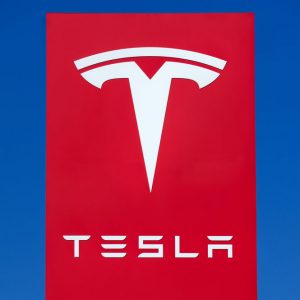 On 20 July 2016, Tesla’s CEO Elon Musk revealed his second ‘Master Plan’ outlining the future for Tesla. In this plan he explained how their strategy extends far beyond a corporate vision for Tesla, sketching out a plan to accelerate the delivery of a sustainable world. It was recently announced that Tesla and Solarcity have reached a $2.6 billion agreement to combine the two companies, creating the world’s only vertically integrated sustainable energy company. As one company, Tesla (storage) and SolarCity (solar) can create fully integrated residential, commercial and grid-scale products that improve the way that energy is generated, stored and consumed.

Despite their successes with the Model S saloon and Model X SUV, Tesla needed a mass-market vehicle to compete with the world’s leading automotive manufacturers. This year, the Tesla Model 3 was announced, set to go head-to-head with the likes of the BMW 3-Series, Mercedes C-Class and Audi A4. With nearly 400,000 pre-orders worldwide, this will be Tesla’s first step towards mass-market success, yet according to Tesla’s ‘Master Plan’ they’re not stopping there. Tesla are set to unveil their plans for high passenger-density urban transport in 2017.

Unlike traditional forms of urban transportation which relies upon fixed stops, Tesla plans to increase the number of people using public transportation by enabling them to summon a bus to their location using their phone. Helping to achieve this will be Tesla’s Autopilot technology found in their current range of premium consumer vehicles. Autopilot will ultimately enable the automation of buses, removing the need for a driver and transitioning this role to the fleet manager. This will ultimately enable bus operators to manage a larger number of smaller automated buses from a single location. Unlike today’s buses, Tesla say their bus will be smaller, based upon the Model X’s chassis. Tesla explained their bus would have car-like performance so as not to impede traffic flow, and would include a flexible seating layout that could accommodate wheelchairs, strollers and bicycles.

With Tesla’s latest acquisition, it’s very easy to see how SolarCity could take Tesla’s plans to the next level: a future where bus operators power their entire fleet with only sustainable energy. Buses could automatically return to charging points when required, which are subsequently fuelled by solar technology. Looking further into the future, buses themselves could become self-sufficient using solar technology built into the bus itself. It’s not hard to imagine a future where bus operators manage thousands of smaller, fully autonomous, fully sustainable vehicles which can be summoned from any location using just a mobile phone. Could this spell the end of car ownership and a sudden uptake in public transportation? Let us know your thoughts below…