Transport for London (TfL) has signed a £15m agreement allowing other cities around the world to benefit from its contactless ticketing system. 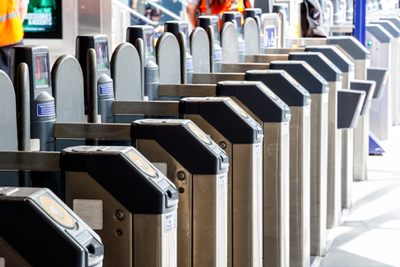 Transport for London (TfL) has signed a £15m agreement allowing other cities around the world to benefit from its contactless ticketing system.

The agreement, signed on the 13th July 2016 between TfL and Cubic Transportation Systems (CTS) – a business unit of Cubic Corporation (NYSE:CUB), will allow the company to adapt the capital’s contactless ticketing system worldwide. The deal is said to help deliver a fares freeze that Mayor of London, Sadiq Khan has announced across TfL services for the next four years. Furthermore, today’s announcement is the first of a number of planned agreements to sell TfL’s expertise both at home and abroad.

The Mayor of London, Sadiq Khan, said: “I made a firm commitment to sell Transport for London’s expertise around the globe.  We will use the income from those deals for further investment in new infrastructure and to freeze TfL fares”.

The licence will grant CTS access to London’s contactless system, allowing it to be specifically tailored for other world cities’ transport systems.

TfL and CTS have a long-running partnership, having worked together to introduce the Oyster card system in 2003 as well as working together with the UK card industry to make TfL the first public transport provider in the world to accept contactless payment cards. The contactless payment system was first launched on London’s buses in December 2012 and expanded to cover Tube and rail services in London in September 2014.

Outside London, CTS also provides smartcard ticketing technology to a number of world cities, including Sydney, Brisbane, Vancouver and Chicago. This new non-exclusive agreement will also enable them to combine the best features from the London and other Cubic systems and make them available to other cities across the globe.

Shashi Verma, Chief Technology Officer and Director of Customer Experience at TfL said: “We’re delighted to have agreed this licensing deal with Cubic Transportation Systems to introduce our contactless payment system to other world cities. Contactless payments have completely transformed the way people pay for travel in London and this deal will allow other world cities to benefit from the hard work we put into making the system work for our customers.”

Matthew Cole, president of Cubic Transportation Systems, said: “The challenges of mobility in 21st century cities – including access for all, inclusion, environmental concerns and the pressure of ever-growing populations – can only be met through cooperation and partnership.  No single entity has all the answers and this agreement between Cubic and TfL sets a new standard in public/private partnerships for addressing these issues, and acknowledges the success of account-based payment for transit for which there is clear interest from many cities across the world.”