The expansion of its partnership with McGill’s will see a total of 25 FlixBus coaches providing transport services to passengers across the UK, with the routes for the new vehicles to be unveiled later on in 2023. 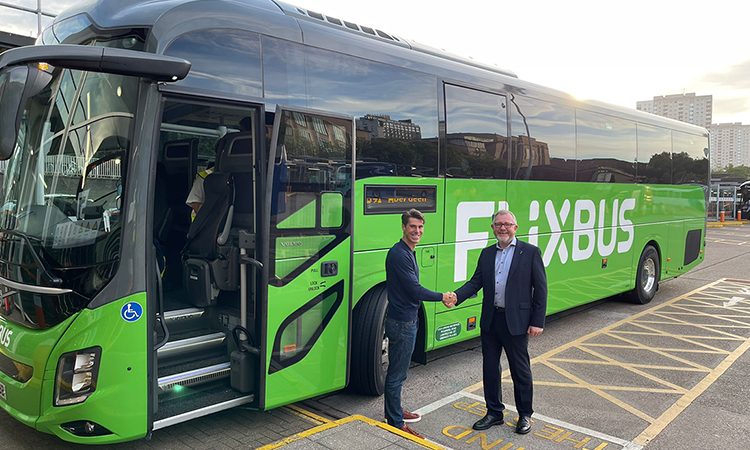 FlixBus has announced that it has expanded its partnership with McGill’s, as part of which the company will be placing 18 new vehicles exclusively on the FlixBus network in 2023 in addition to its current fleet of seven.

The partnership between both companies had started in 2021, with new lines having been added and the frequencies of cross-border routes having been increased to keep up with consumer demand.

Since the launch of their partnership, the companies had launched their most ambitious project to date in 2022, with the launch of a new route in August 2021, connecting Glasgow, Dundee, Stirling, Perth and Aberdeen four times a day. Now, FlixBus and McGill’s are keen to push forward growth plans for 2023, with a total of 25 coaches on the road.

Andreas Schorling, Managing Director of FlixBus UK, said: “Partnering with McGill’s has played a huge role in our development in the UK market. We have built a dynamic relationship, which allows us both to deliver exceptional coach services and expand our sustainable, affordable and reliable network, together.”

FlixBus has almost carried double the amount of passengers (94% increase) in April – September 2022, compared to the same period in 2021. The company has also celebrated its one millionth UK customer in summer 2022, now reaching over 40 destinations across the country.

McGill’s CEO and President of CPT, Ralph Roberts, said: “Since the very beginning, FlixBus has been a true partner, and we have jointly built the network together because we have a relationship based on trust. We are delighted to be expanding the number of vehicles on FlixBus routes because we firmly believe they are the future of green, long-distance coach travel.”

FlixBus has stated that the routes for the new vehicles will be unveiled later in 2023.

▶ New Uber partnership to bring up to 25,000 EVs to European capitals