Provided as part of the West Midlands’ Bus Service Improvement Plan, the frozen fares will help ease the pressure of the cost-of-living-crisis for people across the region, while also reducing the number of cars on the roads. 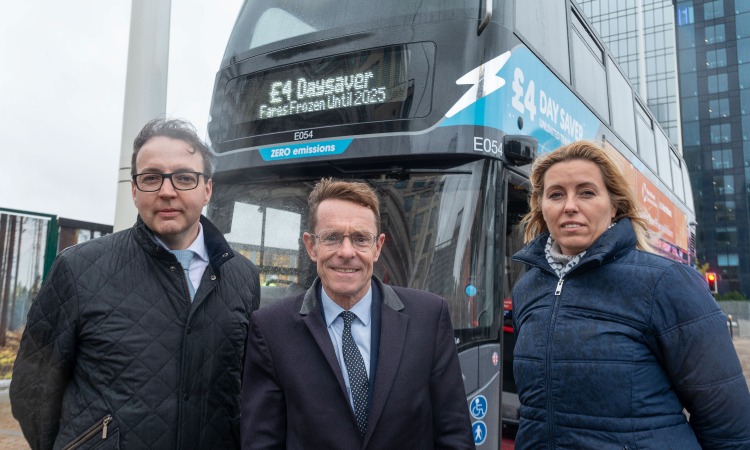 West Midlands Combined Authority has announced that bus fares will be frozen at current levels across the region until 2025, under a new plan agreed with operators to assist new and existing passengers with the cost-of-living – saving the average commuter £250 a year.

This means that people will be able to hop on and off the West Midlands’ buses all day for the same price that they would have paid in 2013 – currently £4.20 for a multi-operator day ticket. The fare freeze is just one part of a wide ranging £88 million Bus Service Improvement Plan, which is being delivered to drive up passenger numbers and reduce private car use over the next three years. The number of fares and ticket types will also be reviewed, with a view to reducing and simplifying them for passengers.

Andy Street, Mayor of the West Midlands and Chair of WMCA said: “Our region’s bus services continue to be amongst the most affordable in the entire country with day tickets already the same price they were a decade ago – with our guarantee in place to keep them low through to 2025.”

Transport Minister Baroness Vere said: “Our £88 million investment is rapidly helping passengers in the West Midlands to benefit from cheaper and cleaner buses. West Midlands’ decision to freeze fares will not only help passengers at a time of rising costs, but will also reduce the number of cars on our roads.”

In addition to the £88 million investment in services, the region is also developing new infrastructure and introducing new vehicles. This includes cross-city bus priority routes, the first of which links Dudley and Druids Heath via Birmingham City Centre, plus more bus priority measures and greener vehicles.

Councillor Ian Ward, WMCA portfolio holder for transport and leader of Birmingham City Council, said: “Buses are by far the most used form of public transport across the region so this fare freeze will have a huge impact and help many thousands of people at a time when other bills are rising. That is just one part of our plans for bus services with funding in place and designs being developed for 50km of bus lanes and priority measures over the next five years, more cross-city bus routes and hundreds of greener electric and hydrogen buses on order.”