The K Line will provide Los Angeles residents with improved access to job opportunities and community amenities by better connecting the Crenshaw Corridor and Inglewood to the region’s transit system. 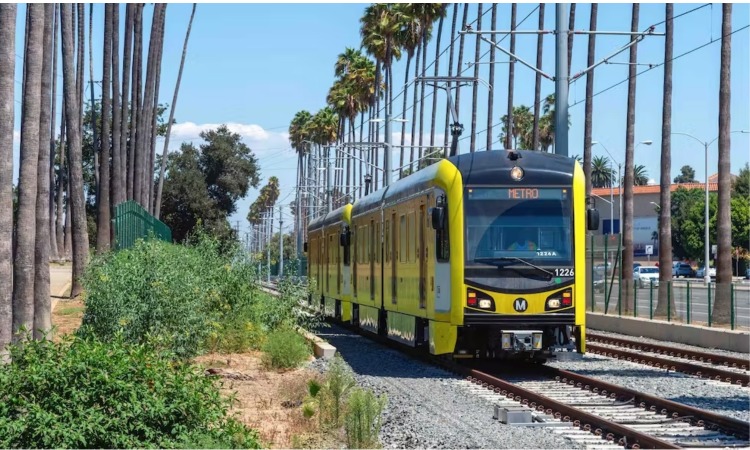 Los Angeles County Metropolitan Transportation Authority (LA Metro) has announced that the K Line, formerly the Crenshaw/LAX Line, will be open for passenger service from 7 October 2022, following years of planning and six years of heavy construction.

The line’s opening follows construction delays due to the complex work required of the project and pandemic related challenges. The 8.5 mile line will connect LA Metro’s C Line and the E Line with eight new stations, followed by a ninth, Aviation/Century station, that will open in late 2023.

According to LA Metro, the LAX/Metro Transit Center Station along the new K Line tracks is planned to open in late 2024 and will provide easy transfers between Metro and the LAX Automated People Mover that will serve airport terminals.

“We have completed our official line testing and will soon bring new rail service to Los Angeles County residents,” said Glendale City Council Member and LA Metro Board Chair Ara J. Najarian. “The K Line fulfils our promise to build a first-class project that will better connect the Crenshaw Corridor and Inglewood to our region’s transit system and make it far easier to reach the Crenshaw Corridor, Inglewood and LAX without the hassle of traffic congestion, high gas prices and parking.”

In order to mark its opening, LA Metro will be offering free rides on the entire Metro bus and rail system, including Metro Bike Share, on the K Line’s opening weekend.

“The opening of the K Line fulfils a promise long made to the people of south Los Angeles and Inglewood,” said LA Metro CEO Stephanie Wiggins. “The K Line provides better access to jobs and community amenities for this region of the county, and I couldn’t be prouder of the Metro team for delivering this incredible piece of infrastructure to our community.”

LA Metro has also implemented a Project Labor Agreement and Construction Careers Policy to encourage construction employment and training opportunities as the K Line was built. More than 60 per cent of construction workers hired were from economically disadvantaged areas, while 23 per cent were hired as apprentices to start their careers in construction and 10 per cent were those with social barriers which made it hard for them to find employment.