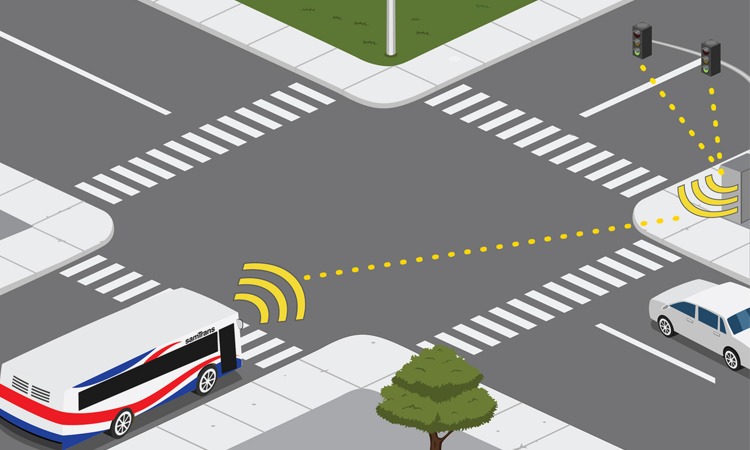 SamTrans has announced that it has successfully completed a pilot project for a cloud-based transit signal priority system (iTSP) in East Palo Alto, California, which allowed bus riders to move through the high traffic corridor more easily and efficiently.

iTSP allows traffic lights to hold for a few additional seconds when a bus is coming, allowing it to pass through and stay on schedule, while also ensuring its passengers are not overly impacted by traffic. Traditional transit signal prioritisation systems use sensors and transponders to determine when a prioritised vehicle is approaching an intersection, holding the light so it can pass through uninterrupted, as the existing TSP system on El Camino Real does already.

The pilot, which was conducted on SamTrans Route 281 along University Avenue, reduced northbound intersection delays by 45 per cent, while southbound intersection delays dropped by 19 per cent. This amounted to an 18 per cent reduction in travel time for northbound buses and a seven per cent reduction for southbound buses. These substantial improvements would help to improve on-time performance and make buses more competitive with single occupancy vehicles for local transportation needs.

With over $178,000 of funding from the City/County Association of Governments of San Mateo County (C/CAG), SamTrans partnered with Sustainable Silicon Valley (SSV) and the city of East Palo Alto on this four-month pilot programme, which ran from November 2021 through February 2022.

“We want to keep transit on the cutting edge of the latest technology,” said SamTrans Board Chair Pete Ratto, “iTSP has shown itself to be a great tool in accomplishing that goal.”