As part of nextbike’s new contract, the Veturilo urban bicycle system’s bikes, technology and service will be modernised, with 10 per cent of the fleet to be made up of e-bikes. 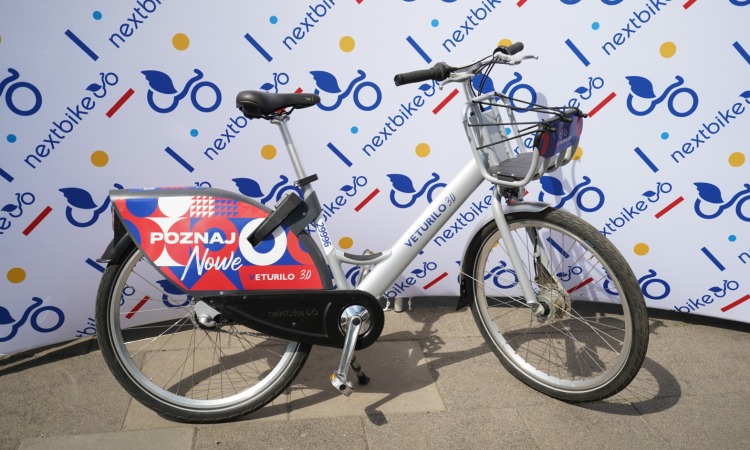 nextbike has announced that it has signed a contract for the operation of the Veturilo urban bicycle system from 2023-2028. The Warsaw public bike system is not only the largest in Poland but also one of the largest in Europe.

After 10 years of operation, the new contract brings about new possibilities as the system’s bikes, technology and service will be modernised to meet the expectations of even the most demanding users.

The tender announced in mid-May 2022 has been submitted by nextbike GZM, a subsidiary of nextbike GmbH and TIER Mobility SE. The contractor met the stringent requirements presented in the proceedings and has been awarded the additional six-year contract with the City of Warsaw.

Following pandemic related delays, the co-operation with nextbike will bring about long anticipated improvements in the technology and operation of the system. One of the most important criteria in the proceedings is the ongoing removal of defects and cyclical maintenance. nextbike will repair the broken bikes within 12 hours from the moment they appear on its notification list, and will remove the defects within the basic periodic inspections every 30 days.

In addition, 10 per cent of the bicycle fleet is to be made up of e-bikes, which will significantly facilitate moving uphill and will also prove useful on longer distances.

Criteria for the bike-sharing system had been established together with Warsaw residents. The suggestions of residents who participated in social consultations in 2019 were also taken into account.

Due to their input, it was decided to build completely new stations, with each bike sharing point consisting of ordinary racks in the shape of an ‘inverted U’, which will allow stable support for the bike frame. There will be as many racks as bicycles, which is at least 3000.

The racks will be standard, without an electric lock. Instead, each bike will have a wheel lock to immobilise it and a GPS receiver. The station itself will also be GPS-enabled, allowing to designate ‘station areas’ in which the bikes can be returned. As a result, bikes can also be returned outside the permanent stations.

Another important feature will be the complete resignation from computer terminals which until now constituted one of the forms of registration. Instead, a multilingual application and the Veturilo website will be designed from scratch, in accordance with the latest trends. An alternative to using the application will be the Municipal Contact Center Warsaw, into which the Veturilo service will be integrated.

▶ Securing a brighter, safer and more sustainable future for the UK’s micro-mobility sector